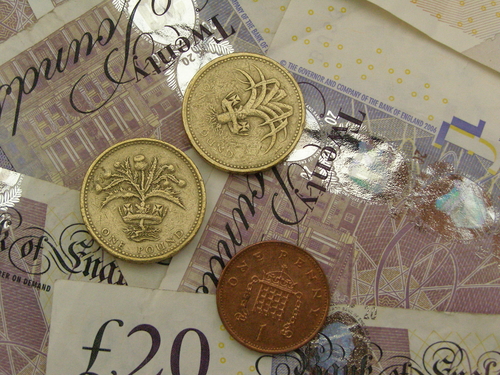 The UK pound traded higher against the US dollar on positive forex news regarding the performance of the British economy. The GBP/USD reached 1.5992 in Monday US morning trading after pulling back from a daily low of 1.5960. Analysts believe that the currency pair is likely to reach its support level at 1.5921 and resistance level at 1.6077. According to official figures, the UK official index of production increased 2.9% in July even as total economic output increased by 0.2% in the quarter ending in August. The figures seemed to indicate that the country was coming out of its double-dip recession. This positive reading was supported by better-than-anticipated PMI survey data for the UK services sector, which increased to 53.7 in August, high above expectations of a reading of 51.1.

Market sentiment remained positive following forex news of the European Central Bank’s announcement of the details of its bond-buying program on Thursday, September 6. Replacing its Securities Market Programme, the Outright Monetary Transactions aimed to win over market participants by potentially being unlimited in scope and focusing on bonds with longer-term maturities of three years or more. ECB President Mario Draghi said that the program would only cover countries that formally requested for help and were willing to undertake strict policy conditions that could include severe public spending cuts.

Meanwhile, the markets remained cautious while awaiting the forex news of a German constitutional court ruling over the constitutionality of the European Stability Mechanism (ESM). However, the Federal Constitutional Court, which was set to release its ruling on the request for a Temporary Injunction against the EU bailout fund on September 12, Wednesday, may postpone the ruling following a complaint filed by a lawmaker from German President Angela Markel’s party claiming that the program represented a potential ‘blank check’ written to troubled euro zone economies. Peter Gauweiler, who was one of the group of critics who filed the case against the ESM following its ratification by a parliamentary vote, said that the Mechanism should only come into effect after the OMT is withdrawn. Germany’s central bank, the Bundesbund, was the only major dissenter to the OMT, which was generally supported by EU finance ministers.

Forex markets were also awaiting forex news of a third round of quantitative easing following its Federal Open Market Committee (FOMC) policy meeting on September 13. Financial and banking services group UBS anticipated that the Fed would announce QE3 in a press conference following the meet, which would likely involve a $500 million program that would be mainly focused on buying Treasury bonds over a six month period even as the central bank may extend its ultra-low guidance regime until 2015. Most analysts believe that QE3 was all but a done deal following the release of weak forex news jobs report on September 10, which showed that the unemployment rate for August fell to 8.1% from 8.3% the past month, but only because some 400,000 stopped looking for work during the survey period. Only 96,000 new jobs were created during the month, well below the 100,000 to 150,000 that need to be created monthly just to keep up with the growth of the population of working age Americans.

« The US Dollar is finding an Ally on the brewing Tide of Dissent against the ECB Forex News: Mostly Pessimistic but Nevertheless Vital »