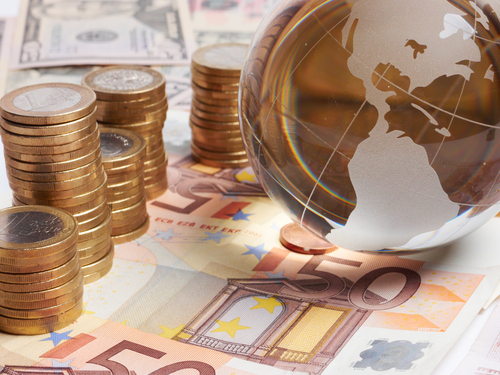 Forex News: the Positivity and Distress of Today’s Economies

It cannot be denied that while most people are currently thinking about the Twin Towers, traders keep their attention focused on all kinds of forex news. Indeed, while it is important to never forget the meaning of such a tragic event in world history, it would also be crucial to remain updated about the latest developments in the currency market. As to be expected however, some would argue that relying on news in order to gain insights about upcoming “money trends” is time consuming and thus, it would be more advantageous to solely make use of technical analysis techniques. In truth, discovering the latest updates is as simple as reading on.

Those who mainly trade the Australian Dollar against other currencies would surely be pleased by the following forex news: their preferred currency is continuing its phase of improvement. Specifically, even though the global economy is still best described as “gloomy”, the Australian Dollar remains impressive as its value still hovers above that of its American counterpart. Many analysts believe that the aforementioned currency’s “strengthening” is mainly due to the fact that most people are still waiting for the Federal Reserve to release more information about upcoming policies before engaging in trades that involve the US Dollar.

Given how encouraging it is to realize that a currency remains strong despite all the disappointing events in the global economy, many would certainly appreciate the following forex news update regarding the Euro: the “multi-nation” currency has experienced a slight boost. To explain further, market makers are becoming more and more enthusiastic about the Eurozone’s capability to recover as the European Stability Mechanism has been finally put in motion. Indeed, right after it has been made public that Germany would not act against the European Central Bank’s economy-enhancing plans, the Euro’s value suddenly increased.

While the forex news releases discussed above are quite optimistic in nature, the following update is far from reassuring: the US Dollar is still continuing its decline. As mentioned beforehand, countless people are exhibiting caution in relation to trades that involve the American currency. In particular, most experts in currency exchange endeavors believe that the upcoming policy announcement from the Federal Reserve would merely be about the need to increase the US Dollar’s supply in order to counteract the economy’s poor performance. Of course, doing so would only lead to the currency’s further devaluation.

The most recent “happenings” that have an effect on the currency market tend to differ from one another. To reiterate, the Australian Dollar is gaining momentum due to the less-than-remarkable condition of the currencies that compete against it. On the other hand, the Euro has experienced a slight improvement mainly due to the fact that the European Stability Mechanism may finally “solve” all sorts of economic issues in the region. The US Dollar however, remains synonymous with disappointment even though announcements from the Federal Reserve would soon be given. All in all, it is true that today’s forex news are a mix of positivity and distress.