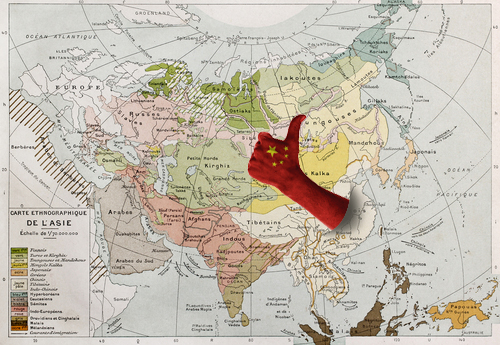 According to the HSBC manufacturing PMI (purchasing managers’ index), China’s July manufacturing output grew at its fastest pace since February. The PMI, which reached 49.5, measures conditions within the manufacturing sector as well as reflecting the overall health of the greater economy. However, the PMI is still below 50, which is considered a negative sign.

Forex news about the China PMI figures also had a positive impact on the euro, which traded to a session high of $1.2067 when the news broke, although the gain was not sustained and the euro later fell to $1.2116. However, the value of the euro was not much higher than its Monday low of $1.2067, its lowest since June 2010. Keeping the euro down was other negative news emerging from the region, including Moody’s downgrading of the outlook on Germany, Luxembourg and the Netherlands’s AAA rating to negative and the announcement that two of Spain’s semi-autonomous regions were seeking help from a government aid program established to help them, with a half-dozen more reportedly ready to follow them.

Meanwhile, inspectors from international lending organizations such as the International Monetary Fund (IMF) and the European Central Bank are heading to Greece to decide if it should remain on a €130 billion aid lifeline or let the country go bust. The general consensus is that Greece would be unable to pay its debt, making it likely that lenders would have to accept that they would lose some of the €200 billion in Greek government debt that they own. Greek Prime Minister Antonis Samaras said that the country would continue to attempt meeting the debt-reduction targets that have been set for it, but warned that the economy could contract by some seven percent.

Spain, meanwhile, said it would return to the debt markets by auctioning off three and six-month bonds on July 24, Tuesday. Its ten year bonds have reached interest rates of 7.6%, which has raised concerns that the country may soon ask for a Greek-style bailout. The costs of guaranteeing Spanish debt from default are now also at record-highs.

The forex news also boosted the Australian dollar, since China is one of Australia’s key trading partners. In Tuesday’s trading, the euro reached A$1.1769 vs. the euro.

Meanwhile, traders were anticipating negative forex news from the US, which could weigh down the dollar. Second-quarter US Gross Domestics Product (GDP) figures are set to be released on Friday, July 27, and analysts are expecting that GDP growth will slow to 1.4% from the 1.9% recorded in the first three months of the year.