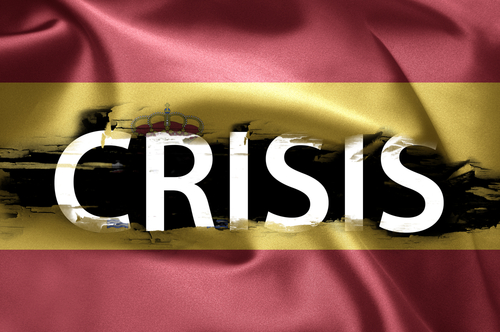 Bad forex news emerging from Spain caused currency traders to shift from the euro to relatively safer options such as the US dollar and the Japanese yen. Two of the country’s semi-autonomous regions formally requested a bailout from the national government under an €18 billion government liquidity fund which was established on July 19 specifically to help the regions. The seventeen regions account for some four out of ten euros of state money. Valencia announced that it would seek aid from the fund on Friday, followed shortly after by Murcia on Sunday. Catalina, Valencia’s neighbor and one of the country’s most indebted regions, is expected to follow along with Castilla La Mancha and Andalucia. The negative news caused the euro to touch a new two-year low against the US dollar, reaching $1.2052.

Valencia had increased its budget deficit to 4.5% from 3.6% in 2011 while Castilla La Mancha had a 7.3% deficit. Spain’s regions are already unable to borrow from the international debt markets and many of them had already been given junk status by international ratings agencies. Valencia has already used several national government credit lines to refinance its debts in the first half of the year but still needs to repay some €2.85 billion by year’s end. The collective budget deficits of the seventeen regions accounted for 2.9% of GDP in 2011, which is around a third of the total 8.5% public sector deficit, and way above the 1.5% target set by the national government.

The news about the region’s bailout requests are the latest bad forex news coming out of Spain. The country had earlier said it failed to meet its deficit target for 2011 of 6% of GDP, reducing its overspending to just 8.9%, a fraction below its 2010 deficit. Meanwhile its borrowing costs are approaching record-highs, with its 10-year bond spread reaching 7.46% following news that the regions would be seeking a bailout. The spike in borrowing rates is also seen by analysts as a sign that investors are skeptical over Spain’s ability to get its financial affairs in order. If borrowing rates continue to increase, there is growing concern that the country may no longer be able to borrow from the international markets, forcing it to seek a bailout from the EU similar to what was already extended to Greece, Portugal and Ireland.

The bad forex news also prompted Madrid to cut its economic forecast figures for next year, which indicated that Spain would remain in recession well into 2013 following an expected contraction of 1.5% for 2012. Madrid had earlier announced that it had started to implement a new package of spending cuts and tax hikes that was estimated at €65 billion.

Meanwhile, adding to the negative forex news was that the regions would probably not be able to implement all the spending cuts because it would compromise their ability to deliver basic public services to their people. In addition, the tighter control of regional spending by the national government is also causing the regions to rebel against the possible loss of their autonomy. Catalonia, in particular, has announced that they would call for their own elections if Madrid takes direct control over their finances.