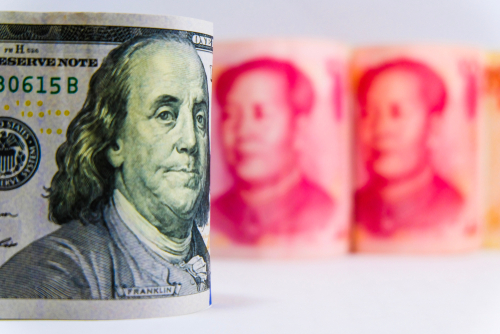 Focus turns to USA employment and unemployment data on Friday, as the latest NFP data is published, optimism rises over China-USA trade deal

FX analysts and traders will begin to concentrate on the latest NFP data from the USA, due to be published at 13:30pm U.K. time. The prediction from Reuters, is for the number to come in at 180k for March, which would represent a significant increase on the 20k rise in NFP jobs created in February. The BLS, Bureau of Labor Statistics, will also broadcast a slew of other unemployment and employment data, that could provide an insight into the overall health of employment in the USA economy. Unemployment is set to remain close to its multi decade low at 3.8%, whilst the labor participation rate is forecast to come in at 63.20%. Average earnings, year on year, for USA workers are expected to print a 3.4% rise, with hours worked per week at 34.5.

The cumulative impact of this slew of data, could move both the value of USA equity indices and USD, particularly if the data misses, or beats the forecasts. At 7:30am U.K. time, USD traded down versus the majority of its peers, with the dollar index, DXY, trading down -0.11, whilst USD/JPY and USD/CHF traded close to flat. Futures markets for USA equity indices indicated a positive open when New York opens; SPX up 0.16% and NASDAQ up 0.21%. Canada will also publish its latest unemployment figure, expected to remain at 5.8%, whilst the jobs created number for March, is forecast to fall to 10k, from 56k in February.

Chinese equity markets continued their risk on, rip upwards, during the Asian trading session. The hope; that the Chinese delegation will reach an amicable trade war resolution with their USA hosts and counterparts, remains extremely high, based on President Trump’s positive comments on Thursday evening. Details so far are sketchy, investors are relying more on hyperbole than fact. Nevertheless, the Shanghai Composite rose by 0.98%, due to the belief that all the tariffs the Trump administration applied in 2018, will be removed. The leading indices in China have experienced significant gains during 2019 to date; the Shanghai Composite up 30%, with the CSI up 35%, close to recovering the majority of the losses incurred in 2018.

The Brexit drama took a new twist overnight and early morning as once again the E.U. offered another potential olive branch for the U.K., in order to minimise the potential damage of the no deal crash out, set for April 12th. The President of the European Council, Donald Tusk, will suggest to a meeting of the council set for April 10th, that the U.K. is offered what’s being termed a “flextension”. The idea is that if the U.K. can agree a WA they can relax on the May 22nd deadline, to ensure they’re fully prepared for the exit.

However, the plan has a deep fault line running through it, which all parties might find objectionable, for different reasons. The U.K. would have to engage in European elections, but would be able to withdraw from the European Parliament at any time. Staunch Brexiteers might find the proposal unacceptable, whilst committed Europeans might regard the idea as insulting to the European election process. The overall position should become clearer during Friday, as both the Tories and Labour are due to meet for a third day of negotiations. With rumours circulating that Theresa May is deferring to Labour’s demand; for any WA agreement agreed by Parliament to be put to the U.K. public, in the form of a confirmatory referendum vote.

At 8:00am U.K. time GBP/USD traded in a tight range, up 0.11% at 1.309, just below the daily pivot point (P.P.) Sterling traded in tight ranges versus the majority of its peers, as the London-European session opened for trade. The U.K. FTSE traded up, maintaining position above the 7,400 handle.

After printing disastrous factory orders on Thursday April 4th, Germany’s industrial data came in close to forecasts when the figures were published on Friday morning, before European markets opened; industrial production for February came in at 0.7%, whilst year on year the figure came in at -0.4%, rising from the -2.70% level, broadcast for January. Both Eurozone indices, DAX and CAC, opened up, whilst the euro also posted gains versus several peers; EUR/USD traded up 0.10% close to the P.P. at 1.122, whilst EUR/JPY traded up 0.12%. EUR/GBP traded down 0.09% at 0.857.