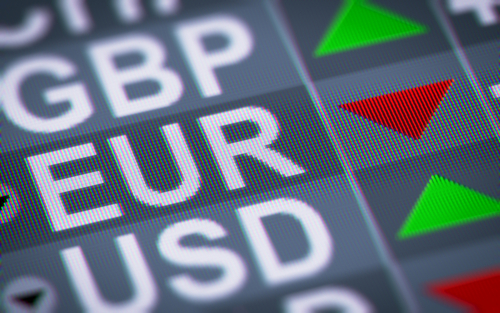 The euro slipped versus the U.S. dollar during Thursday’s trading sessions, as Germany’s factory data published in the morning session, came in at the worst level seen in over two years; down -8.4% year on year. Despite the shock reading, the fall in EUR/USD was marginal; at 21:50pm U.K. time, the most traded, major currency pair was at 1.112, recovering from breaching S1 earlier in the day, to trade between the daily pivot point and S1. The marginal fall in the value of EUR/USD could have related to the belief, by many in the market analyst community, that the China-USA trade war may be over, based on various comments made by President Trump, on Thursday afternoon.

German factory orders have fallen primarily due to the tariff threats made by the Trump administration versus the European Union and Chinese orders from Germany collapsing in Q3-Q4 2018. The tariffs the USA placed on China in 2018, caused a serious loss of business confidence and consequently exports of, for example, luxury German car marques into one of the Germany’s largest markets, slumped dramatically. Despite the reading, the DAX index closed up 0.28% on Thursday.

Sterling sold off sharply during Thursday’s New York trading session, as the Brexit situation moved onto the upper chamber of Parliament, the House of Lords, in which a bill preventing the U.K. crashing out, needed ascent, after being agreed by the House of Commons the night before. Various Tory Lords, slowed down the ascent by filibustering; occupying too much time through unnecessary speeches, as a delaying tactic. The discussions between the Tories and Labour Party continued to a second day, with rumours emerging that Labour have insisted on any offer being put before the country, in the form of a second referendum.

Despite these positive rumours, which could in theory result in the U.K. actually remaining in the European Union, if current voting intention polls are reliable, sterling failed to rally from its daily lows. At 22:15pm GBP/USD traded down -0.65% on the day, above the 1.300 handle at 1.307, just above the third level of support S3, whilst threatening to fall through the 200 DMA, sited at 1.297, a moving average breached to the downside three times during March 2019. Sterling suffered similar falls and displayed similar price action behaviour, versus: AUD, NZD, JPY and CHF.

Investors are now focussed on the trade discussions which have begun in the USA between the United States and China, with the hope that an agreement will remove the tariffs the Trump administration has applied to Chinese imports into the USA, which have harmed global growth. President Trump stated on Thursday evening, that the trade talks with China were progressing well and that he would only accept a “great” deal, as negotiators from both sides were attempting to put aside their differences, ahead of a scheduled meeting between Trump and China’s vice premier, due to take place later in the evening.

The USA equity index, the SPX, closed up by 0.21% on the day, whilst the NASDAQ index closed down -0.05% on the day. Tesla impacted on tech share sentiment, falling by up to -11%, production and delivery issues, combined with the firm possibly needing to access the debt markets soon, caused the stock to fall to 267, giving up the 2019 gains. The U.S. dollar experienced gains during Thursday’s sessions, rising versus: EUR, GBP, CHF and JPY, whilst trading close to flat versus AUD. The dollar index, a metric of a basket of USD peers, traded up 0.22% at 23:00pm. WTI oil traded down -0.58%, still holding above the $62 per barrel handle at 62.16, despite the increased stockpiles and inventories reported during Wednesday’s sessions.

Friday’s prominent economic calendar news event, concerns the publication of various employment and unemployment data, relating to the USA economy. Due to be published at 13:30pm U.K. time, the latest unemployment rate is forecast by Reuters to come in at 3.8%, whilst the latest NFP data is forecast to rise, from the shock reading of 20k jobs created in February, to a figure closer to the long term average of 180k. Canada’s latest unemployment rate is forecast to remain at 5.8%, with jobs created coming in at 10k for March, falling from 56k in February. This raft of North American employment and unemployment data, could impact on the value of both CAD and USD, particularly if the data misses, or beats the forecasts.

« Analysts predict a significant recovery in the NFP jobs created metric, when the figure is published on Friday April 5th at 13:30pm Focus turns to USA employment and unemployment data on Friday, as the latest NFP data is published, optimism rises over China-USA trade deal »