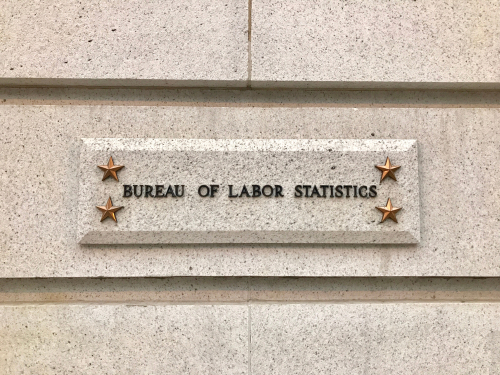 Analysts predict a significant recovery in the NFP jobs created metric, when the figure is published on Friday April 5th at 13:30pm

Apr 4 • Forex Trading Articles, Market Commentaries • 3461 Views • Comments Off on Analysts predict a significant recovery in the NFP jobs created metric, when the figure is published on Friday April 5th at 13:30pm

At 13:30pm U.K. time, on Friday April 5th, the latest headline NFP jobs number will be published, amongst a slew of jobs numbers published by the BLS (bureau of labor statistics) on the day. Analysts and traders will focus on the month’s data with increased concentration, based on the fact that the February number came in at a shock 20k reading, falling far short of news agency predictions of circa 180k and the long term average monthly job creation in a similar range. The Reuters news agency are predicting the March reading to come in at 175k, a figure which if met, will restore confidence in the medium term employment prospects for USA citizens.

Not withstanding the headline NFP number, the BLS will also publish the latest change in manufacturing employment and the latest unemployment rate in the country. Unemployment is predicted to remain at 3.8% for March, close to its multi decade low. Whilst the labor participation rate is forecast to come in at 63.20%, meaning that close on four in ten of adults of working age in the USA are not in the workforce, continually casting doubts on the overall veracity and validity of the methodology, used to calculate the overall unemployment ratio.

Once the latest NFP data is released on Friday, analysts will have all the employment and unemployment data available, which has been published during this week, to generate an overall analysis on the current state of employment and unemployment in the USA. Analysts and investors use this data to establish many aspects of the overall health of the USA economy, a buoyant employment market is (arguably) one of the best thermometers of the well-being of the globe’s largest economy.

The key NFP jobs data reading, is listed as a high impact calendar event and release, due to its ability to move the markets, in both the value of the U.S. dollar and USA equity indices. At certain times, during periods when the USA economy was under great pressure, such as during the Great Recession, the reading would fluctuate wildly. The corresponding impact on the value of USD was dramatic; the currency would fall significantly if the number reported missed the target, by some distance. During recent times the reaction to the NFP release has been more subdued. Nevertheless, FX traders should diarise the event to ensure they’re in a position to manage their open positions and take advantage of any opportunities, if USD currency pairs react to the release.