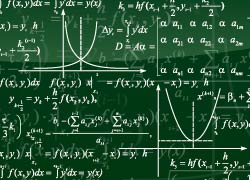 Defining An Edge In Forex Trading

“So what’s your edge then?” is a question I’ve been asked in the past when sharing online, or face to face, conversations with currency traders. The first time I came across the phrase “the edge” in relation to trading I wasn’t sure what the meaning was and even now (some years later after first encountering the phrase) I’m not entirely sure if trading success can be diffused and diluted down to such a narrow band definition..how can you define an edge?.. Anyhow, back then my nervy answer was; “if the sum of the winning trades is greater than the sum of the losing trades, then you have an edge…right?”

Being right more than you’re wrong, having more winners than losers, using a combination of technical and fundamental analysis to create a back tested and forward tested bullet proof ‘method’, a method that’s in your trading plan. Harnessing all your experience and underpinning it (by the aforementioned criteria) whilst combining it with sound money management and keeping control of your emotions…

Surely there’s simply far too much contained in only that brief description (that doesn’t cover everything) to even begin to label it as “an edge”? And if they’re searching for an edge are traders in ‘Holy Mary/holy grail’ mode? Is looking for an edge any different to searching for the trading holy grail. Perhaps we should get ‘deep’ and acknowledge that the edge eventually comes to you, you don’t search for it..

Anyhow, let’s give it our best shot and attempt to define what constitutes an edge in forex trading. Even if we can’t pin down exactly what an edge is we can agree on one thing, we can establish that aiming to formulate an edge ensures fledgling traders are on the right path..

There’s a ‘law of nature’ known as the Power Law and the associated Pareto Principle; twenty percent of fund managers and traders will often outperform the other 80%. Many academics and market technicians attempt to take one step further by applying all sorts of statistical analysis methods to try to establish some measure of the probability or significance of performance results to control for what is, to all intents and purposes, luck. These are pointless exercises generally conducted by those who have a lack of deep understanding of how the markets actually work.

We’re going to use a couple of examples and equations to illustrate the fact that my original contention, that “if the sum of the winnings trades is greater than the sum of the losing trades, then you have an edge” isn’t too wide of the mark. It’ll be a bit ‘e=mc2’ for the less mathematical amongst is, but the conclusion, however, the ‘punch line’ is fascinating so bear with me..

A trading edge, E, can be defined as the expected value of the random variable T, the P/L of trades.

Wow! Slow down, that’s a bit complicated for us humble traders, what does all that high brow mathematics actually ‘mean’?

What some technicians attempt to present as a formula for the trading edge, in the first equation, (equation one), actually reduces to the simple and intuitive statement that having an edge is equivalent to having more winners than losers, equation (equation two). It is that simple. This shows that the mathematics of an edge are trivial and there is actually nothing complicated involved: if the sum of the winnings trades is greater than the sum of the losing trades, then you have an edge…

So that’s it, no matter how many times you see or hear the phrase “the edge” in trading circles you know that it distillates down to the simple fact; do you have more winners than losers and have you had these results over what most of us traders would consider a reasonable period of time, perhaps two years. If so you now belong in the higher consciousness wizard trading fraternity..those with an edge..those who make money, not lose it..

« Average Price Of A U.S. Home Drops To 2003 Levels In 19 Out Of 20 US Cities The Suffering In Greece Won't Vanish Once The Ink Dries On The Swap Deal »