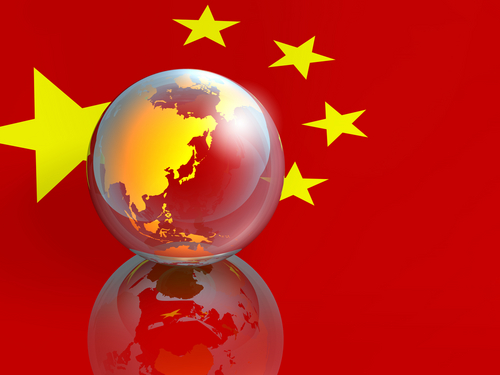 Protected areas within the territory of China are being mapped by the State Oceanic Administration (SOA) in a bid to set up its strategic base points on the country’s territorial waters. The move serves to safeguard the country’s maritime interests as provided by their Island Protection Law. The Chinese government announced on Wednesday some 17 base point locations including those in the Diaoyu Islands and its surrounding islets. While this move to protect territorial waters is ongoing, Chinese forex news reveals vulnerabilities in the Chinese economy that remains to threaten its performance in the global economy.

Financial experts tuned in to Chinese forex news have clumped the Chinese Yuan together with the USD and the EUR as currencies that present downside risks over the near term owing to various economic indicators and fundamentals. In a recently released report, China’s August imports contracted 2.6% as against year ago levels. This dragged the Aussie down, considerably dousing export prospects. As a result of this Chinese forex news, the AUD weakened as against the USD and the JPY. Chinese Premier Wen, however, was quick to assure the public that the country is still poised to meet its end-of-year growth targets.

To many economic experts, the Chinese forex news remains to be on uncertain ground even as the Chinese government has made announcements last year of intensified infrastructure projects to stir economic growth. Some 1 trillion Yuan in infrastructure projects was announced as part of the Chinese stimulus package last Friday. While this is expected to support the AUD with an increased demand for Australian base metals, experts still do not feel confident that this will create much of a stimulus, as these projects will likely be spread out over several years. More economic challenges are in store for the Yuan as crude prices continue to increase on the one hand, and the decreased oil consumption resulting from the slowdown in industrial activity.

The ECB is likewise bearing down on the Chinese forex news with the decreased demand for Chinese products in the European market continuously pulling down export levels. Still, China has expressed its support of the ECB’s stimulus package involving unlimited purchases of sovereign debt. China is to continue to invest in the European debt markets. Zhu Min, deputy-managing director of the International Monetary Fund, called for continued support of the Euro and the ECB at the World Economic Forum held recently.

With these largest world economies still facing a host of issues both at the home front and in the international scene, there seems to be no end in sight as yet to the turbulence that snowballed from the mortgage crisis in the United States almost a decade ago. Governments and economic experts continue to devise all sorts of strategies and stimulus packages in order to support their own currencies. In the meantime, forex traders remain cautious about trading these currencies and are adopting a wait-and-see stance in anticipation of short-lived price movements that could result from various key events in the economic calendar. Some traders are shifting their investments to low-yielding safe haven currencies.