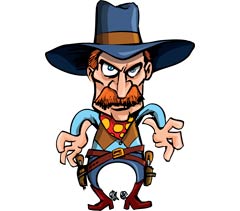 The word "drawdown" is one, (if not the most), negative words used in the trading industry. Despite the inevitability of us experiencing drawdowns during our trading career its symmetric relationship with the words "failure" and "loss" make it a difficult concept to contend with.

It not only 'hurts' the trader's account, but also inflicts psychological blows that can take some time to recover from. However, there are inherent positives in the word and its use. Here's one, never take any trader seriously if they either don't understand the concept or don't admit to ever experiencing a significant drawdown.

Imagine you went to a trading convention in for example Las Vegas, and after a few drinks at the bar you began to discuss your trading 'war stories' with a few of the party. Like 'vets from 'Nam' you'd have scars and exit wounds and tales to tell from your hurt locker. Would you honestly take another trader seriously who didn't have a 'tale from the hill' to tell with regards to what life lessons they learned during and after their first major draw down and or blow out..? Perhaps there should be a drawdowns anonymous…

Hi, my names Paul, it’s been three years now since I last had a blow out, I’m doing ok, one step at a time, taking each day as it comes, keeping it real and staying clean with the help of the group. It’s been tough at times, I know and accept that the temptation is always there, I just thought I’d share..

Drawdowns are as inevitable a part of the trader's journey and experience as losing trades, they're unavoidable. There are a few certainties in our trading world of uncertainties and this is one; if you trade attempting to avoid losses and drawdowns at all costs you will fail. Taking the positives from a drawdown is straightforward, you actually know you're 'in the game' and playing it the right way if you experience them. Recognising that you're in one, how you got there and what you can do to rectify it, is all part of the plan and as such should be contained in your trading plan. If not you should remedy that omission pdq.

We can define drawdown as the peak-to-trough decline during a specific recorded period of an investment, a fund or a commodity. A drawdown is usually quoted as the percentage between the peak and the trough. A drawdown is measured from the time a retrenchment begins to when a new high is reached. This method is used because a valley can't be measured until a new high occurs. Once the new high is reached, the percentage change from the old high to the smallest trough is recorded.

In finance, the use of the maximum drawdown as an indicator of risk is particularly popular in the world of commodity trading advisors through the widespread use of three performance measures: the Calmar ratio, the Sterling ratio and the Burke ratio. These measures can be considered as a modification of the Sharpe ratio in the sense that the numerator is always the excess of mean returns over the risk-free rate while the standard deviation of returns in the denominator is replaced by some function of the drawdown.

There are a multitude of drawdown 'calculators' available online, they're typically used by pensioners to calculate the drawdown their pension will experience if they take a lump sum out of their overall annuity. As traders it's incumbent on us to constantly monitor any drawdown we may experience to ensure that any impact is kept within the overall scope of our trading plan. We can use very basic calculations to ensure we keep within out pre determined parameters. For example, if we initially trade with €10,000 we may place a ceiling on our loss and decide that if we reach a certain point then we'll stop trading. That drawdown and cut off point, similar to many of our experiences as traders, has to be a personal judgment.

Rallying against conventional wisdom there are in fact two distinct and critical pivotal drawdown points not one and they relate to where we measure the drawdown from. We can measure drawdown from the start of our trading account, or from the position the account is in at any given period of time. For example, if our €10000 has fallen to €8000 we've experienced a twenty percent drawdown. But if we've taken the account up to €12000 and then experienced a fall to €8000 the drawdown can be expressed as a 33.33% fall or as a fall from the original capitalisation of 20%.

Naturally one measurement is more extreme than the other. Whilst opinions vary the convention is to judge the drawdown from the peak the account experiences. If not then the danger is that the individual trader is not taking on board the full impact of what must be a failing strategy. If that peak is the initial capitalisation figure, or a figure after the account has consolidated and grown, then in order to remain realistic and focused the trader must take the measurement from the absolute peak.

Technically one losing trade puts you in drawdown zone, if using the recommended 1% risk per trade then a series of twenty losing trades would have to be experienced. Statistically this is highly unlikely so for the purpose of the discussion let's choose a figure that many traders have personally testified to as their 'hurt locker' drawdown figure, 15%. Now in using this figure I'm ignoring the initial accounts many will begin with, I'm referring to the first main account. Whilst on that subject (and I make no apologies if I'm preaching to the converted), never ever begin trading FX until you've used a small micro account. That small account, after you've used a demo account, should be considered your apprenticeship and you have to be an apprentice in the FX business before you eventually become a sorcerer.

There will be many temptations to change the strat and technique which forms the traders edge on the road to experiencing a heavy drawdown. No doubt the rear view trading mirror will have been looked in more than a Mom putting her lipstick on before dropping her kids off at school. How we arrive at such a drawdown, what coping mechanism we put in place and how we come back, from an account perspective and psychologically, will be the subject of part two of this commentary..

« Will Opening Up the Can of Worms Light The Powder Keg? No Middle East ‘Sugar Daddy’ on the Horizon to Rescue the Eurozone Crisis »