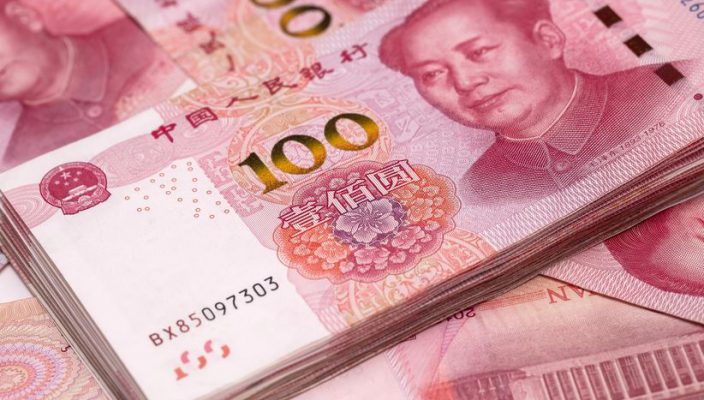 The mainland yuan fell to its weakest level against the dollar since the 2008 global financial crisis amid a steady rise in the US currency in currency trading and rumors that China is easing support for the local currency.

The domestic yuan weakened to 7.2256 per dollar, a level not seen in 14 years, while the offshore exchange rate fell to a record low in 2010, according to the data. The People’s Bank of China pegged the yuan 444 points above the median value, according to a Bloomberg survey. The difference was the smallest since Sept. 13, suggesting Beijing may ease its support for the currency as the dollar strengthens and global exchange rates fall.

“Fixing gives market forces more room to manipulate the yuan based on monetary policy discrepancies and market dynamics,” said Fiona Lim, senior currency strategist at Malayan Banking Bhd. in Singapore. “This doesn’t mean the PBOC won’t use other tools to support the yuan. We think the morning move could help put the brakes on other non-dollar currencies already under pressure.”

The domestic yuan has fallen more than 4% against the dollar this month and is on track for its biggest annual loss since 1994. The currency is under bearish pressure as the country’s divergence of monetary policy from that of the US prompts capital outflows. Federal Reserve officials, including St. Louis Fed President James Bullard, pushed Tuesday to raise interest rates to restore price stability. On the other hand, Beijing remains weak amid rising deflation risks as demand falls under the weight of the ongoing housing crisis and Covid restrictions.

The PBoC is endeavoring to support the yuan, although these steps have had limited results. That set stronger-than-expected yuan fixings for 25 straight sessions, the longest streak since Bloomberg’s 2018 survey began. Earlier, he lowered the minimum foreign exchange reserve requirement for banks.

The weakening of the NBK’s resistance on Wednesday may be due to the yuan remaining relatively stable against the currencies of its 24 major trading partners, according to Bloomberg data, shown by the real-time CFETS-RMB index. Some analysts also speculate that China may be less resilient to the yuan’s depreciation, as a weaker currency could boost exports and support a slowing economy.

Other countries attempting to support against USD

Meanwhile, policymakers in Japan, South Korea and India are stepping up defenses of their currencies as the dollar’s rally shows little sign of slowing. Nomura Holdings Inc’s note suggests that Asian central banks could activate a “second line of defense” such as macroprudential and capital account instruments.

Brian Deese, director of the White House National Economic Council, said he does not expect another 1985-style deal between the major economies to counter the dollar’s strength. The dollar could see further gains as the US appears unconcerned about currency appreciation, said Rajiv De Mello, global macro portfolio manager at GAMA Asset Management in Geneva. “It actually helps them fight inflation,” he said. New bearish forecasts for the yuan emerged this week. Morgan Stanley predicts a year-end price of about $7.3 per dollar. United Overseas Bank lowered its yuan exchange rate forecast from 7.1 to 7.25 by the middle of next year.