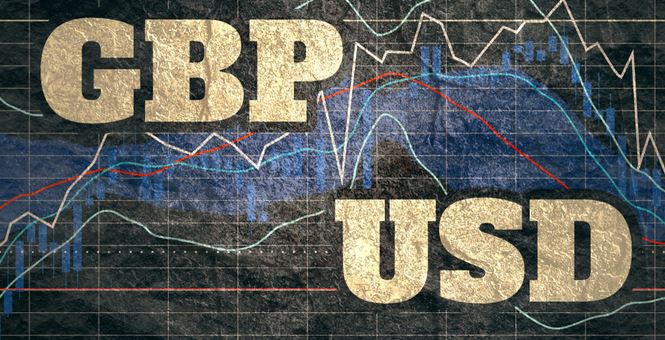 As the BoE and UK Treasury sought to calm jittery markets, the pound rose slightly in Europe on Tuesday morning.

As UK Chancellor Kwasi Kwarteng promised more tax cuts, the pound fell nearly 5% to a record low of $1,035 the day before.

Despite the rise, Britain’s currency is still at its lowest since 1985. Kwarteng calmed markets with a coordinated statement from the Bank of England promising to speed up debt control measures.

Additionally, the central bank of Britain said it would not hesitate to increase interest rates if inflation increased, but it did not raise rates immediately.

After Tuesday’s rally, the pound is still around 20 percent lower against the dollar than it was in early 2022. It’s neck and neck with the Japanese yen as the worst-performing G10 currency this year.

In the wake of the government’s £45 billion tax cut and a huge wave of new borrowing announced on Friday, global investors have focused on a drop in British confidence.

“So far, there are no clear indications that the government’s budget strategy will be changed or revised,” said JPMorgan economist Allan Monks.

“The BoE will have to reiterate market rate expectations or risk disappointing investors and raising long-term inflation expectations unless Kwarteng comes up with a more concrete plan to stabilize the situation,” Monks said.

On Monday, bond prices for UK government bonds also decreased, taking 10-year bond yields above 4.2% from around 3.5%. Two-year yields, which are more sensitive to interest rate expectations, ended the session at nearly 4.4%.

Despite traders downgrading expectations for a surprise rate hike, markets expect the Bank of England to raise rates 1.5 percentage points to 3.75% in November.

In early trade on Tuesday, bond prices rose, as 10-year yields fell 0.19 percentage points to 4.07 percent, but debt securities were still on course for a historic monthly decline.

Mortgage rates are likely to rise significantly due to higher interest rates at major UK banks.

US dollar may take a breather

Rising US interest rates, a relatively strong US economy, and safe demand for a hedge against sharp asset price volatility have attracted investors to the dollar, pushing it up about 22 percent against a basket of currencies.

Some investors fear that the demand for the dollar has led to its overbought, which increases the risk of a sharp fall if the situation with the need to hold the currency changes and investors try to close their positions immediately.

“Positioning is overheated,” said Kelvin Tse, head of global macro strategy for the Americas at BNP Paribas. “If we get a catalyst, the dollar could turn around and turn around very aggressively,” he said.

Speculators in the international currency markets had a net long US dollar position of $10.23 billion on September 20. That’s down from a peak of nearly $20 billion in July but marks the third-longest streak since 1999 for traders with bullish dollar positions with 62 straight weeks of positions.

Barring a short period of peak uncertainty related to the pandemic, data on wide net options positions since 2014 show that US dollar bonds are the most rolled-over on record, according to Morgan Stanley.

About 56% of participants in a BofA survey of global fund managers in September named long dollar positions as the most “overvalued” trade, with the dollar holding that position in the survey for the third month.

While a hotter-than-expected US inflation report in August dashed those hopes and lifted the dollar higher, investors say the danger of overheated dollar trading has only increased.

“Obviously, when you have a crowded deal where all the investors are looking for the same thing when perceptions change, the reaction is wild,” said Eric Levé, chief investment officer at Bailard.

“We can easily see a change in the dollar against the euro or the yen by 10-15% in the other direction,” he said. In 2015 and 2009, the last two times the dollar index rose by more than 20% in a year, the index subsequently recorded a two-month decline of 6.7% and 7.7%, respectively, when the dollar peaked.