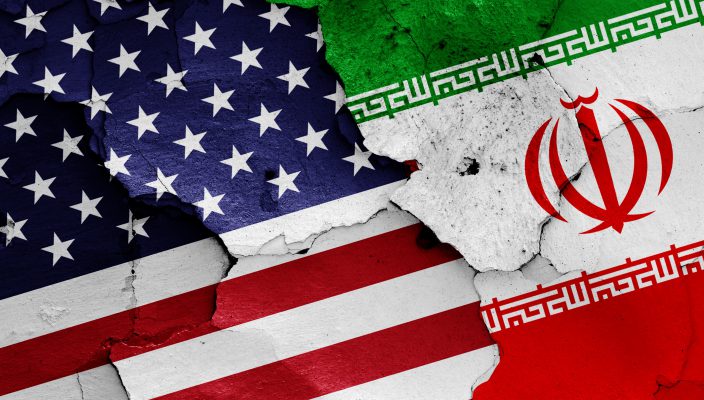 WTI oil slumped by circa 4.0% at one stage during the New York trading session after Iran’s foreign minister talked about a “path to new talks” and President Trump stated in a cabinet meeting on Tuesday that he’s “not looking for regime change” in the country. At 20:25pm U.K. time WTI oil traded at $58.05 per barrel down -2.57% after plunging to the third level of support, S3 and printing an intraday low of $57.17.

The economic data published by USA statistics agencies on Tuesday was mixed; industrial production for June missed the target by coming in at 0.00%, manufacturing growth beat the forecast by accelerating to 0.4% growth and advanced retail sales also grew by 0.4% in June, beating the forecast for a 0.1% rise. Export prices fell by -0.7% down -1.6% YoY as import prices fell by -0.9% down -1.4% YoY. Naturally the trade deficit is likely to increase based on this data set. The NAHB Housing Market Index for the U.S. increased to 65 in July of 2019 from 64 in the previous month, above the market expectations of 64.

The mixed U.S. data couldn’t support further gains in the main markets. U.S. equity indices failed to maintain the rally witnessed over recent weeks which has seen a succession of record highs printed, at 20:30pm the SPX traded down -0.30% as the NASDAQ traded down 0.37% and the DJIA was flat.

Facebook came in for severe criticism by the USA government in Washington on Tuesday. “Do you really think people should trust Facebook with their hard earned money?” Ohio Senator Sherrod Brown, a Democrat on the banking panel asked. “I just think that is delusional.”. The doubts spread to the current crypto-coin markets where bitcoin fell by circa -11.5% taking the weekly fall to approximately -23%. Federal Reserve chairman, Jerome Powell also had harsh words for Facebook last week. “Libra raises many serious concerns regarding: privacy, money laundering, consumer protection, and financial stability.”

At 20:45pm the dollar index, DXY, traded at 97.38 up 0.47% on the day as traders reversed their previous bearish sentiment with regards to the medium term value of the globe’s reserve currency. USD registered gains versus several peers; USD/CHF traded up 0.34% and USD/JPY traded up 0.37%. The euro experienced a sell-off against the majority of its peers with the exception of sterling during the day’s sessions. Despite the encouraging balance of payments surplus increasing in the Eurozone to €23b in May, FX markets were more concerned over the continuing deterioration of sentiment in Germany and the E.Z. as recorded by the ZEW indices.

Despite supposedly encouraging: unemployment, employment and wage figures for the U.K. economy, analysts and FX traders were more concerned that the next prime minster of the U.K. (to be announced by the Tory party on Monday July 22nd) will peruse a hard no-deal Brexit. The FTSE 100 closed up by 0.60% due to the U.K. pound slumping. The index is populated by mostly USA domiciled firms, therefore, a fall in sterling causes a positively correlated rise in the FTSE index.

GBP/USD suffered a significant sell-off during the day’s sessions, as price crashed through S3 and printed a value not seen since early 2017. At 21:00pm the major pair referred to as cable traded at 1.240 down -0.83%. Sterling fell versus both antipodean dollars by circa -0.50% and EUR/GBP rose by -0.42%.

Wednesday is a day in which FX traders and analysts will focus on the key inflation figures for the U.K. Eurozone and Canada. As high impact calendar events inflation readings always have the capacity to move FX markets. Canada’s inflation forecasts are particularly noteworthy and could alter the value of CAD if the forecasts are met and the prediction is not already priced in. Reuters are forecasting June’s inflation figure to be -0.3% reducing year on year CPI to 2%.

« Controlling your costs and trading through an STP-ECN broker gives you the best chance of experiencing FX trading success U.S. equity markets fade as Trump re-ignites tariff war with China »