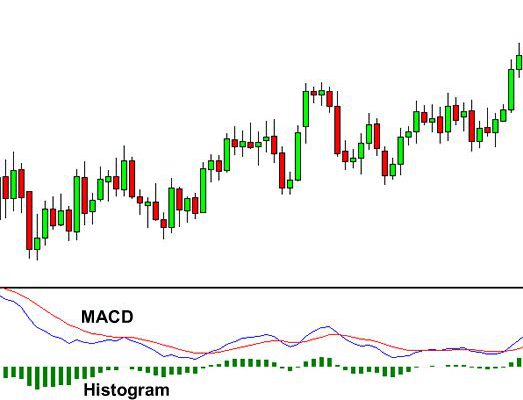 Why is MACD a Favorite Trading Strategy?

How to read the MACD indicator

We can read the MACD indicator in two ways:

An example of MACD trading strategy

For any day trading system, all the rules must be clearly defined as easy to follow. This system is called MACD crossover. Their rules are as follows:

Long/short: One should take long MACD signals when the price is above 200 period-moving average.

Entry: Buying will be better when MACD crosses over the zero lines.

Sell: One must sell at a profit or loss when the MACD crosses below the zero lines.

The MACD system seeks to buy when it detects that the price moves from a down trending environment to an up trending environment. As the MACD signals start moving back into a downtrend, the next objective is to ride that uptrend for as long as possible before you sell. To avoid trading against the direction of the major trend, it is also necessary that the price is above the 200-period moving average.

In contrast, a bearish crossover will occur when it exceeds the single line and crosses downward. This condition calls for making sure that both lines are as far apart from each other as possible when it occurs. In addition, it indicates that the momentum of the price will continue in the desired direction.

There are also some disadvantages to MACD, including:

In general, the price is normally well above the bottom when MACD crosses above zero. Likewise, when the MACD crosses below the zero lines, the top has already occurred.

The MACD indicator is one of the most common tools used by investors and traders to spot trends. Investors can identify price turning points by recognizing shifts in momentum. However, along with several benefits of the tool, there are some disadvantages of the MACD indicator as well. The core drawback of the tool is that it is a lagging indicator that moves after the price. So, you may not be able to see an early sign of reversal as in the case of price action or candlestick based trading.

« How to use Currency Strength and Weakness for Trading? News Trading Strategy: Does it Work for You? »