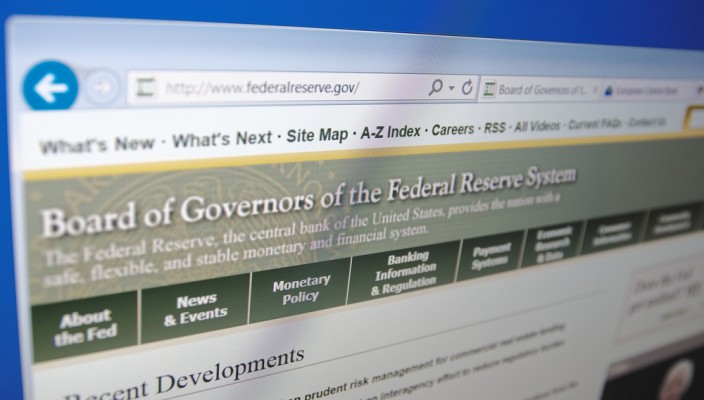 On Wednesday January 30th, at 7:00pm U.K. time, the FOMC (Federal Open Market Committee) will reveal its decision regarding the key interest rate for the USA economy. The current rate is 2.5% and this highly anticipated calendar event, is forecast to result in no change to the rate, according to the Reuters and Bloomberg news agencies, after they’ve recently polled their panel of economists.

The FOMC comprises the heads/chairs of regional Federal Reserve banks, they work in tandem with the Fed Chairman Jerome Powell, to manage the USA monetary policy. The committee took the decision throughout 2018, to adopt a more hawkish monetary policy; they aggressively raised rates by 0.25% each time, to begin what’s termed a “normalisation process”; an attempt to restore the key interest rate to perhaps an historical norm of 3.5%, by the end of 2019. Their responsibility is to manage this process, without derailing the apparent economic recovery and GDP growth, which the globe’s largest economy has experienced, since escaping the grip of the Great Recession.

During the final quarter of 2018 and moreover during the final weeks of the year, USA equity markets slumped, with the DJIA, SPX and NASDAQ all closing the year out in the red, whilst the infamous Santa Rally, a late enthusiastic surge in equity prices, failed to materialise for the first time in many years. President Trump placed the blame of the slump on Mr. Powell’s stewardship, deflecting blame from his trade war, by way of tariff and embargoes with China and Europe.

Those trade wars are predicted to have impacted on the latest USA GDP figures, when they’re published on Wednesday afternoon, before the FOMC is scheduled to reveal its decision. The forecast from Reuters is for a fall to 2.6% GDP annual growth, still impressive, but falling far short of the circa 4% growth the USA economy has recently experienced. The FOMC may have had early sight of the GDP figures as they meet for two days from Tuesday, or they may take the actual figure into consideration once published, which could influence their interest rate decision.

It’s not just the actual interest rate announcement that could cause our FX markets to move; analysts, market makers and individual traders, will closely monitor the press conference Jerome Powell holds half an hour later, for any clues regarding a change in monetary policy.

All FX participants will listen for evidence, in terms of forward guidance, to establish if Mr. Powell and the FOMC have altered their policy. Specifically, they’ll be intently listening for any proof in his statement, that the FOMC and Fed have reversed policy and adopted a more dovish stance. Which would result in the central bank and committee not tightening policy (raising rates) as aggressively as they’d previously outlined.

However, the statement might confirm that the FOMC are still on track to raise rates throughout 2019, as per their previous commitments. They might have concerns over: global growth, benign inflation, GDP falling, trade wars with China, but be prepared to put these concerns to one side believing that the rate normalisation process cannot be temporarily suspended, based on recent data.

Whatever the decision, whatever narrative that Mr. Powell delivers in his press conference, historically, any interest rate decision by a central bank and the accompanying statements, are some of the most crucial calendar events which can traditionally move FX markets, in the currency relevant to the central bank. With that in mind, FX traders would be advised to diarise the events, in order to be in a position to manage their positions and expectations of USD.