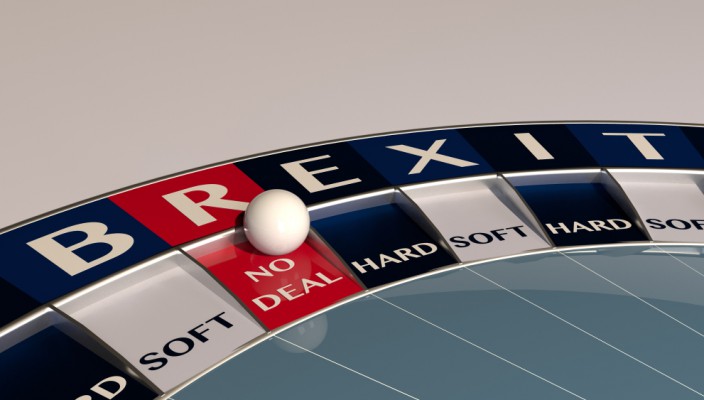 GBP/USD gave up its weekly gains during the late evening trading session on Tuesday, as the U.K. Parliament voted in favour of a political amendment, which will empower the U.K. government to approach the European Union, to ask for the withdrawal agreement to be ripped up, with the backstop removed. The backstop is a mechanism designed to protect Ireland from suffering a hard border, whilst ensuring that the international treaty known as the Good Friday Agreement, remains intact. After the vote was passed in the House of Commons, the E.U. immediately responded by issuing a statement confirming that the withdrawal offer is not open for negotiation, rendering the vote pointless and largely redundant.

FX markets collectively and quickly determined, that a no deal Brexit is now the far more likely outcome, based on the fact that the E.U. will not remove the backstop. GBP/USD fell by circa 1% after the final vote was passed, surrendering its position above the daily pivot point, to crash through to the third level of support, S3. Towards the end of the day’s trading session, the major pair traded at a daily low of 1.305. Cable was not alone in reflecting the mood of FX markets in relation to the vote, EUR/GBP rose through the second level of resistance R2, up 0.70% at 0.874, to post a daily high not witnessed since the previous week. Sterling also gave up its recent gains, versus the majority of its remaining peers.

Trading in the U.K. FTSE had closed before the series of amendment votes took place in the House of Commons, the leading U.K. index closed the session up 1.29% at 6,834. Futures markets in the index continued to rise after the votes. In a negatively correlated manner, the index rises as GBP falls, due to the amount of USA based firms conducting their commerce in USD, who are in the top 100 quoted firms in the U.K.

The FOMC are due to release their decision on interest rates on Wednesday evening, the committee will not only be mindful of the latest GDP figures for the USA, which are forecast to show a fall to 2.6% GDP annually when released on Wednesday afternoon, they may have also noted that house price inflation in the USA has reduced significantly. The S&P CoreLogic Case-Shiller 20 city home price index, increased by 4.7% year on year up to November 2018, following a 5% gain in October, below the market expectation of 4.9%. This was the smallest rise for four years, since January 2015 and could indicate that USA consumers are beginning to reach a tipping point, regarding their tolerance for paying higher house prices and their ability to fund increased mortgage payments.

In other high impact calendar news relating to the USA, which could concentrate the minds of the FOMC chairs, the much revered Conference Board published its first metrics of 2019 on Tuesday. Consumer confidence has fallen to 120.6, whilst the expectations reading has fallen to 87.3, both readings for January missed the Reuters forecasts by some distance.

The general consensus, taken after both Reuters and Bloomberg have polled their economists, is for the FOMC to keep the key rate unchanged at 2.5%. Just as the votes in U.K. parliament caused intense activity in sterling pairs, many of which whipsawed through wide ranges before finding a new direction, the FOMC decision and the subsequent press conference conducted by the Fed chair Jerome Powell, could cause intense activity in USD pairs. Therefore, as previously encouraged in relation to the Brexit votes, FX traders would be advised to remain vigilant if they hold positions in, or favour trading USD pairs.

Gold maintained its recent bullish momentum during Tuesday’s sessions, maintaining position above the critical psyche handle of 1,300 per ounce, whilst breaching R2. At 1,311 per ounce, XAU/USD rose by 0.61% on the day, the precious metal is trading at a price level not witnessed since mid June 2018. The market appeal for precious metals is not restricted to gold, silver has also experienced increased investment, particularly over recent months, as global economic concerns have caused the attraction levels of safe haven investments to rise. Palladium, a precious metal used in many industrial processes, also rose strongly during Tuesday’s sessions, closing up 1.05% on the day.

WTI oil recovered part of the losses experienced earlier in the week, falls that were based on the USA rig operators revealing increased activity and increased stockpiles. WTI recovered position during Tuesday’s trading sessions, closing out the day above the $50 a barrel handle, rising by 2.48% on the day, to $53.40. WTI oil has made a considerable recovery, after posting a 2019 low of circa $46 per barrel, at the start of January.

« Don’t suffer the curse of overtrading, when simple remedies are within reach Why FX traders need to monitor the FOMC rate decision and Jerome Powell’s subsequent press conference statement »