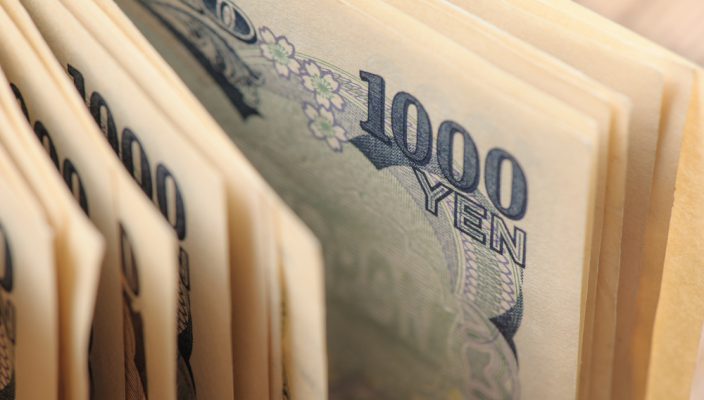 As analysts await Japan’s latest CPI figure to be published in the early part of Friday’s Asian session, the latest import-export figures for the globe’s fourth largest economy indicated that the country is struggling to increase growth. Japan posted a trade surplus of JPY 590 billion in June 2019 compared with a JPY 728 billion surplus in the same month a year earlier, falling from JPY 963 billion in May, but beating the market forecast of a JPY 420 billion surplus.

Exports from Japan declined for a seventh straight month in series coming in down -6.7%, while imports fell by -5.2% for the second month. With annual GDP growth languishing at 0.9%, the key interest rate at -0.10% and annual CPI (inflation) predicted to come in at 0.7%, it would appear that the infamous Abenomics experiment; a joint fiscal and monetary stimulus to boost Japanese growth has failed. With government debt v GDP running at 253% and the interest rate in negative territory, it’s impossible to argue a case to continue with the stimulus process. The Nikkei 225 index closed down -1.97% cutting the year to date growth in the leading index to 5.15%.

Although USD/JPY traded down -0.17% at 8:45pm U.K. time the fall owed more to USD weakness across the board as opposed to yen strength. The Aussie dollar rose versus USD despite the poor jobs data for the country, which revealed that unemployment remained at 5.2% as employment only increased by 0.5K in June. AUD/USD traded up 0.33% taking the monthly gain to 2.25% as price reached the second level of resistance, R2.

The dollar index, DXY, traded down -0.16% as the index remained above the 97.00 handle while future prices for the USA equity market indices were pricing in a fall when New York opens. The DJIA future price traded down -0.25% with the NASDAQ future down -0.26%. Analysts and FX traders will focus on the the latest USA weekly and continuous unemployment claims for signs of any lingering economic weakness, when the data is published at 13:30pm this afternoon. The renewed statements the Trump administration has made on the subject of Chinese tariffs and thoughts that the U.S. equity markets have topped out as corporate earnings are failing to beat forecasts, are the collective reasons preventing the indices from printing fresh record highs over recent sessions, resulting in a weekly drop of -0.85% in the SPX.

The U.K. government was delivered a warning shot by the OBR (Office of Budget Responsibility) who stated on Wednesday that a no-deal exit would cause a recession. That threat of a no-deal Brexit for the U.K. has caused sterling to sell-off across the board over recent weeks as GBP/USD slumped to a low of 1.2400. The possibility of a hard Brexit appeared to be alleviated by the upper chamber in U.K. parliament, the House of Lords, passing a motion on Wednesday evening which would prevent a no-deal exit. The potential law will now be passed to the House of Commons. If voted through then the Tory government will have no alternative but to discover an exit route that satisfies all of Parliament.

Sterling reacted favourably to the development, GBP rose against the majority of its peers in the early stage of the London-European session and that momentum continued as bullish retail sales figures boosted economic sentiment for the U.K. June’s retail sales growth came in at 1.0% ahead of the forecast of -0.3% as year on year sales increased by 3.8%. As the largest employment sector in the U.K. retail data is also closely monitored for signs that U.K. consumers are keeping their hands in their pockets. That retail sales boost didn’t extend to online clothes retailer ASOS whose shares fell by -20% on Thursday morning after posting its third profit warning of 2019. The FTSE 100 traded down -0.68% in a negatively correlated trade as a consequence of GBP/USD rising.

The leading Eurozone equity indices sold off sharply in the morning session, by 10:00am U.K. time the DAX traded down -0.97% and the CAC down -0.68%. With the exception of its rise versus USD the euro slipped versus many of its peers during the early stages of the morning session. Growth concerns have led to the belief that the ECB might engage in further stimulus to prevent the Eurozone economy sliding into recession. At 9:50am EUR/USD traded up 0.15% with EUR/GBP trading down -0.30% as price fell through the first level of support, S1.

« U.S. equity indices register a second day of losses as investors seek refuge in gold as a safe haven How saying hi to higher-highs helps you to determine bullish sentiment »