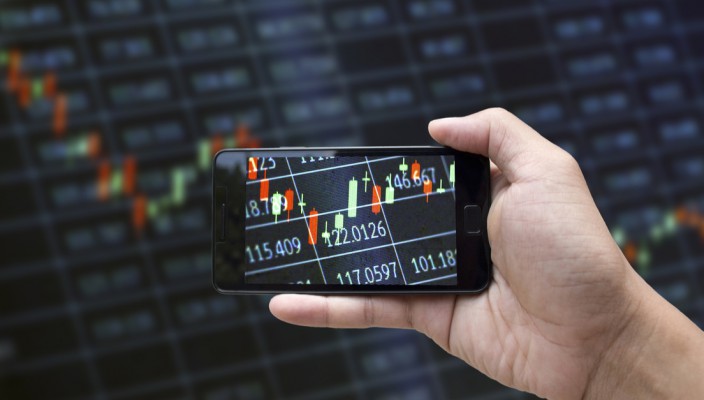 We traded manually, then we traded with automation, then we moved into machine learning

Dec 15 • Forex Trading Articles • 2670 Views • Comments Off on We traded manually, then we traded with automation, then we moved into machine learning

It’s fascinating watching television coverage of the markets, particularly when, for example, Bloomberg switch to a trading floor at the NYSE.

As far back as 2010, estimates suggested that between 50-70% of all stock trading on Wall Street was conducted by high frequency trading algorithms. As we reached 2012 the leading USA investment bank Morgan Stanley estimated that up to 84% of all equites trading was conducted by HFT/algo programmes.

The proportion of US trading activity represented by buy and sell orders from mutual funds, hedge funds, pensions and brokerages, referred to as “real money” or institutional investors, accounted for just 16 per cent of total market volume in the form of buying, and 13 per cent via selling in the final quarter of last year, according to analysis by Morgan Stanley’s Quantitative and Derivative Strategies group.

As to where we are in 2017, it’s difficult to obtain accurate information on, some estimates suggest that equities trading is now 95% attributed to machines, as opposed to individuals making decisions. And yet still the mainstream image remains; that traders wear jackets shouting across at each other in pits, whilst using coded hand signals only known to them. Or alternatively; they’re in high rise office buildings, barking orders down land line telephones to an intermediary, or counter party.

From time to time it’s worth taking a step back to contemplate just how far we’ve come in a relatively short trading time, let’s use the year 1999 as an example. Eighteen years back many of us were wondering if Y2K was actually a thing; would computer meltdown ensue as PCs apparently weren’t configured to recognise 2000 in their programming? New year arrived and the world didn’t collapse, the end of world prophecies didn’t materialise. The doomsayers were left crestfallen as the system, even back in 1999-2000, was robust enough to cope with the change.

Back in 1999 retail trading, particularly forex trading, was a very different industry from the one we’ve now come to recognise. Spreads trading GBP/USD of 6-8 pips, internet (dial up) speeds of 0.5 mbps, upload speeds hardly registering and lagging platforms, which froze and crashed so often, that occasionally you’d have been quicker emailing in your order.

It’s natural that we take for granted where we are now, in relation to the trading conditions we enjoy and the automation that is part of our everyday trading activity; straight through processing through ECNs, broadband speeds of 75mbps, trading conducted over your smartphone (with more power and speed than our PCs back in 1999), lightning quick reliable fills and platforms, brokers (and platforms) that’ll help you code your own versions of algorithms through automation, zero fee accounts and spreads as low as 0.1 on the majors.

If someone had promised us older traders such breathtaking conditions back in 1999, we’d have been suspicious that they were hallucinating, how could anyone deliver such a nirvana? And yet here we are.

There’s a third stage in this rapid evolution and it’s hurtling down the track, it’s being termed “machine learning” and many experts in the wider trading industry believe it’ll create a quantum leap in trading, the likes of which we’ve never seen before. Whilst many high frequency trading firms attempt to get as close to the market as possible, in effect trying to front run markets, even locating their servers and operations as close to exchanges as possible, machine learning could render such progress as obsolete.

Imagine a sentient, self learning computer programme/algorithm, that can scan every forex trade placed in a recent period, perhaps five minutes. Whilst scanning every: article, tweet, Facebook post, forum and message board for sentiment readings. Then calibrate every possible outcome, whilst analysing every historically precedent and could conduct it all continually in milliseconds, making a judgment with regards to what an forex major pair would probably do in the blink of an eye. Reads like science fiction? Yes it does, as did algorithmic and HFT trading back in 1999.