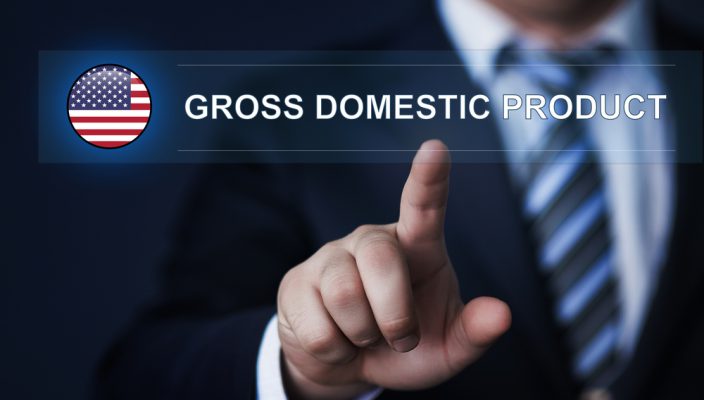 USA GDP and interest rate settings from the Canadian and Japanese central banks, are the stand out economic calendar events of the week.

Apr 22 • Forex Trading Articles, Morning Roll Call • 2010 Views • Comments Off on USA GDP and interest rate settings from the Canadian and Japanese central banks, are the stand out economic calendar events of the week.

The trading week begins slowly during the late evening of Sunday April 21st, due to the long Easter weekend and the associated bank holiday days; on the previous Friday and Monday April 22nd. Consequently, the trading volume and liquidity was below the averages on Friday April 19th, across many markets, particularly FX and equity market indices. That pattern is likely to be replicated on Monday. There are no significant economic data releases scheduled for publication on Sunday April 21st and on Monday the pattern is similar, with only the existing home sales data for the USA published for the month of March, forecast to show a fall of -3.8%.

Early on Tuesday morning, deep into the Asian session at 4:00am U.K. time, as the majority of global trading markets recommence normal trading hours and patterns, the New Zealand dollar will come under focus, as the latest credit card spending metrics are published. At 6:30am Japan’s latest machine tool orders data is broadcast, a metric that could impact on the value of yen, if the -28.5% year on year fall registered in February, doesn’t reveal any significant improvement in March.

As European markets begin to open on Tuesday, the weekly detail from the Swiss banking authorities regarding bank deposits will be published, figures that can affect the value of the Swiss franc, if the levels fall, or rise significantly. The Eurozone specific releases on Monday, firstly concerns the latest (combined) govt v debt ratio, forecast to remain close to the 86.8% level previously recorded. Secondly, the latest consumer confidence reading for the E.Z. is published at 14:00pm U.K. time, Reuters forecast the April reading will show a marginal improvement, from -7.2 to -7.0. USA calendar releases on Tuesday include the latest new homes sales data; predicted to reveal a -3% fall in March, from the 4.9% rise recorded in February. Such a fall could impact on the value of USD, particularly if the existing home sales data published on Monday, also records a negative reading.

By midweek, the volume of fundamental data releases and FX trading, will have reached normal levels. Wednesday is a particularly busy day for significant, scheduled, fundamental releases. Beginning with the latest CPI data from Australia, from where the key inflation rate is forecast by Reuters to have fallen to 0.2% for the first quarter of 2019, from 0.5% previously, with annual inflation coming in at 1.5%, from 1.8%. Such falls, if the predictions are realised, could impact on the value of the Aussie dollar versus its peers, based on FX traders pricing in recent comments from the RBA; regarding a possible monetary policy stimulus, to raise inflation towards a 2% level. At 9:00am U.K. time, the latest German, IFO, soft data sentiment readings for April will be published. The forecast is for little change, with the key business climate reading predicted in at 99.9, a rise from 99.6, which may bolster the fragile sentiment, currently surrounding German economic news.

At 9:30am the ECB will release its latest economic bulletin, at 10:00am, the U.K. authorities report on the latest governmental borrowing data. Both data series could impact on the value of the euro and sterling, depending on the opinions voiced in the bulletin and the U.K. govt’s borrowing levels. FX traders will analyse the borrowing data, against a backdrop of the U.K. preparation for Brexit.

North American economic news begins on Wednesday with the latest decision from Canada’s central bank regarding the key interest rate. Currently at 1.75%, there is little expectation amongst the analyst community, for any change when the decision is broadcast at 15:00pm U.K. time. Naturally, focus will quickly turn to the commentary accompanying the decision, to ascertain if there’s been a significant shift from the BOC. Various energy readings will be published for the USA by the DOE, department of energy, during Wednesday afternoon, which could have an impact on the value of WTI oil, if stockpiles rise or fall, by any margin.

The value of yen will come under scrutiny and intense speculation on Thursday morning during the Asian trading session, as the central bank (the BOJ) reveals their latest interest rate decision. Currently mired in NIRP territory (negative interest rate) at -0.1%, there is little expectation amongst the analyst community for any changes. However, FX traders will bid up or down the value of yen, in relation to any narrative the BOJ also delivers, regarding their monetary policy management, by way of its outlook report.

Once the London-European session opens on Thursday morning, the latest consumer trends surveys will be published at 11:00am U.K. time, by a trade body called the CBI. Thereafter, it’s the USA economic calendar which dominates the Thursday’s fundamental data, as the latest durable orders data is published at 13:30pm, the Reuters forecast is for a rise to 0.7% for March, from a fall of -1.6% in February. The traditional weekly unemployment and continuous jobless claims will be published, which are expected to remain close to the multi decade lows, filed over recent weeks.

In late evening during the Sydney-Asian sessions, attention will turn to New Zealand and Japan. A series of economic data for N.Z. could impact on the value of the kiwi dollar positively, if the overall slew of information comes in at, or beats Reuters forecasts at 23:45pm. April’s consumer confidence will be printed, whilst the latest exports and imports results for March are forecast to make improvements, which could also improve the monthly balance of payments. Japan’s latest industrial production figures will be released on Thursday evening, Friday morning at 00:50pm, the reading is expected to show a fall in the month of March, on a year on year basis, by -3.7%. Further Japanese data will be published late on in the Asian session on Friday, at 6:00am U.K. time, the most recent data for March on: housing, vehicle production and construction will be broadcast. The focus will then turn to the USA for fundamental events, as the latest GDP figures for the USA will be delivered at 13:30pm. Annual GDP growth is predicted to come in at 2.2% up to the end of Q1 2019, remaining unchanged from the previous Q. Personal consumption for Q1 will also be revealed, expected to fall to 1% from 2.5%. At 15:00pm, the latest Michigan university consumer confidence metric for April will be delivered, with the expectation of a rise to 97, from 96.9 recorded in March.