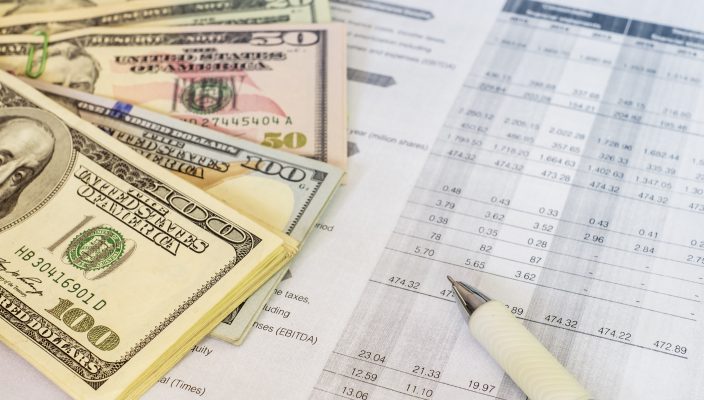 Markets for equities in the USA experienced unusual price action, during Thursday’s New York session, as price action for the: DJIA, SPX and NASDAQ whipsawed in wide ranges, oscillating between bullish and bearish sentiment, as earnings for various corporations and data, missed forecasts. The major market surprise concerned the earnings of Tesla, whose share price fell by circa -4.26% to 246, a year to date and (close on) two year low, as certain analysts downgraded their target price to lower than 200. The electric car firm lost $700m in quarter one and with only circa $2.2m in reserves, the firm will undoubtedly require yet another cash raise by Q3, in order to survive. Despite the shock result, the NASDAQ closed up 0.22%, whilst the DJIA closed down -0.51% and the SPX down -0.04%. Although after market hours, all three indices were down on various futures markets.

At 22:50pm, the U.S. dollar index traded close to flat, at 98.17, near to a two year high. USD/JPY traded down -0.52%, crashing through S1 during the Asian and London session, whilst threatening to breach S2 late in the New York session. JPY experienced gains across the board during Thursday’s trading sessions, as the BOJ kept the key interest rate at -0.1%, but delivered various time scales to potentially end the ultra loose monetary policy, which has served as part of the Abenomics, three arrows growth strategy.

FX analysts and traders attention will turn to the latest GDP growth data for the USA economy on Friday, Reuters forecast a Q1 annualised growth rate of 2.2%, unchanged from Q4 2018, when the data is published at 13:30pm U.K. time. The latest consumption figure will also be released; forecast to fall to 1.0% in Q1, from 2.5% in Q4 2018, the figure could catch traders off guard consequently affecting the value of USD, based on the USA economy being circa 80% dependent on the consumer spending. The university of Michigan sentiment index for April will be published at 15:00pm U.K. time, the Reuters forecast is for a marginal rise to 97.00.

The euro continued its negative trend during Thursday’s trading sessions, as no positive economic data was published to bolster the value of the single currency for the trading bloc. At 23:00pm U.K. time EUR/USD traded down -0.15%, down -0.88% on the week and -1.18% monthly. EUR/GBP traded down -0.10% at 0.863, whilst EUR/JPY traded down -0.64%. Eurozone equity indices closed down; Germany’s DAX down -0.25% and France’s CAC down -0.33%. The collapse of the potential merger between Deutsche Bank and Commerzbank, caused investor doubts to surface, with regards to the overall health of the German banking sector. The U.K. FTSE closed down -0.50%, the monopolies and mergers commission called off the merger between Sainsbury’s and Asda, a cloaked attempt by America’s Walmart, the owner of Asda, to obtain massive market share in the U.K.

Sterling sold off marginally, versus the majority of its peers during Thursday’s sessions, as the Brexit debacle and chaos surrounding the U.K. government, continued to dent sentiment towards the U.K.’s pound and functionality. Analysts are concerned that the prime minister May is on borrowed time, as various factions within her party begin to mobilise to remove her and replace her with options, such as Boris Johnson. Despite the ultimate Brexit withdrawal date begin put back to October 31st, analysts are concerned that the U.K. will have to contest European elections as the appetite to canvass in the elections appears to be non existent, other than for extreme, right wing, one issue parties, such as the newly formed Brexit Party. By 23:15pm on Thursday evening, GPB/USD traded at 1.289, down -0.03%, after oscillating between the daily pivot point and first level of support, during the day’s sessions.