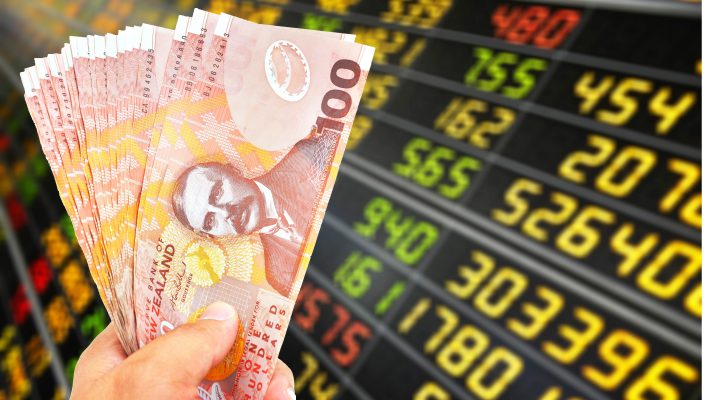 The kiwi rose versus several peers during the Sydney-Asian trading session, after the latest import and export figures for New Zealand led to a significant improvement in the balance of trade. In an economy reliant on its exporting and production, the improved data has rested fears that any impact of the China v USA trade war and tariff battles on the N.Z. economy, would be long term. Consequently, currency pairs such as NZD/USD rose sharply and by 8:15am U.K. time on Friday April 26th, the pair traded at 0.664, up 0.29%, closing in on the first level of resistance, R1. Versus CHF and JPY the price action behaviour of NZD was similar, with price breaching R1.

The U.S. dollar gave back some recent gains during the Asian session on Friday morning, as FX traders await the latest GDP growth figures, scheduled for publication at 13:30pm U.K. time. Reuters forecast Q1 annualised growth at 2.2%, unchanged from the previous quarter. However, the Q4 2018 print represented a fall from 3.4%, therefore, analysts and investors will look towards the latest GDP figure, to underpin the latest key economic data, suggesting the USA economy is on a steady course.

That confidence was supported by Thursday’s latest durable goods orders printing an eight month high, smashing expectations of 0.8% growth in March, coming in at 2.7%. Market sentiment was also boosted by Microsoft becoming the latest member of the USA one trillion valuation club, along with Apple and Amazon. Amazon posted bullish figures in its latest earnings  report on Friday morning, with profits of circa $3.6b for Q1, the sixth quarter growth above $1b in series. Futures markets were indicating falls in the DJIA and SPX when New York opens, at 9:00am the market indices traded down -0.19% and -0.15% respectively. Global growth fears may reappear on the agenda during upcoming sessions, as Japan’s production metrics came in below forecasts at -4.6% year on year, with a negative -0.9% print for March.

WTI oil has given back a significant proportion of recent gains, as fears with regards to Iran’s supply being ‘outlawed’ by the USA began to recede, after analysts crunched the numbers and quickly realised that Iran’s clients would simply ignore the Trump administration’s counter productive threats. Meanwhile, USA energy reserves increased, according to the latest DOE data published on Thursday. At 8:50am WTI traded down -0.40%, falling below the $65.00 per barrel handle, whilst Brent surrendered position above 75.00 per barrel, trading at 73.64, still registering a 9.31% monthly rise.

European markets experienced mixed fortunes in the early part of the London-European session, at 9:00am U.K. time the U.K. FTSE traded down -0.32% after RBS bank and Just Eat published disappointing trading figures, Germany’s DAX was down -0.07% after Daimler was hit by falling sales and profits, whilst France’s CAC traded up 0.03%. EUR/USD traded in a tight range, oscillating close to the daily pivot point, at 1.113. EUR/JPY traded up, whilst EUR/NZD traded down due to kiwi strength. EUR/GBP traded at 0.863, close to flat.

Economic calendar data for the U.K. and Europe was thin on the ground during Friday’s London-European session, with company earnings reports driving the value of equity markets and consequently the value of the associated currency pairs. GPB/USD traded close to flat at 1.290, below the 200 DMA, sited at 1.296, the major pair failed to react positively to the news that credit in the U.K. had risen, both in terms of mortgage lending and other credit; annual credit grew at 4.1%, with monthly credit growing by 3.5%. Preparations for the impending March Brexit could have been partly responsible for the credit growth, as opposed to general economic bullishness.

FX analysts and traders are awaiting the market damage the latest Tory, internecine, warring will create. With the govt. completely divided and various factions hustling for the prime minister’s job, Mrs. May will have to admit defeat in her attempt to avoid contesting E.U. elections. There is little chance the U.K. parliament will agree a withdrawal agreement before May 22nd-23rd, therefore, the U.K. will be compelled to field MEP candidates. And with reports of less than one million pounds cash in Tory party coffers and zero appetite to field candidates in the European election, the Tories face an embarrassing wipe out.

« USA equity markets whipsaw in wider ranges, as certain data and earnings miss forecasts, JPY maintains gains based on BOJ economic outlook. If you’re an FX trader, do you really understand the Game? »