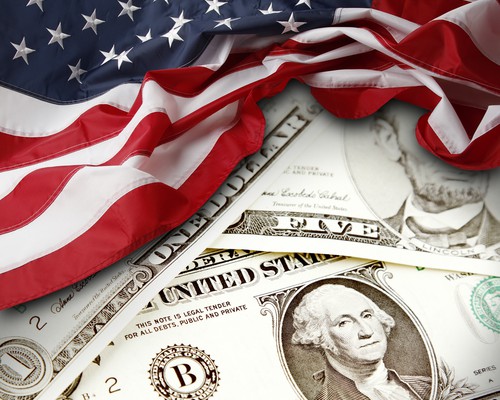 After enduring a sell off during the trading week ending March 8th, USA equity markets have rallied this week. The SPX closed at a four month high after three days of rises, reaching a level not seen since November 2018, whilst breaching the 2,800 critical handle, during Wednesday’s trading session. The durable goods data for the USA beat the forecasts, suggesting that USA businesses and consumers are prepared to invest in expensive household items and business equipment.

The durables reading came in at 0.40% for the month of January, beating the expectation of -0.40%. Inflation data, specific to business, also proved to be bullish for USA equities; PPI came in at 2.50% year on year up to February, falling from 2.60%. Construction spending beat the Reuters forecast; coming in at 1.3% month on month up to January, improving from the -0.80% figure registered in December. Mortgage applications rising by 2.30% up to March 8th, also added to the overall economic optimism, leading to the risk on appetite developing in USA equity markets.

The ongoing saga of Brexit entered a new chapter of incredulity and confusion during Wednesday, as the U.K. parliament voted to prevent a no deal Brexit, although if no withdrawal agreement is reached, a no deal Brexit will in fact occur by default. On Thursday MPs will vote to ask the E.U. for an extension to delay the implementation of A50, scheduled to come into effect from March 29th.

However, despite the U.K. inching towards avoiding a no deal exit, the E.U. have made it clear that the U.K. has had its second chance, it won’t obtain a third chance. Moreover, the E.U. have stated that no extension will be granted for more wasted time; there must be a definitive purpose for an extension to be granted, such as; a referendum or general election. Despite the deadlock and impasse still remaining in place, FX analysts and traders bid up the value of sterling during Wednesday’s sessions, in what appeared to be a relief rally; markets are pricing GBP pairs on the hope that the U.K. will avoid the no deal crash out.

GPB/USD rallied to an approximate four month high, at 22:30pm price had breached R2 and traded up 1.86% on the day, at 1.331. EUR/GBP fell to a level not witnessed since May 2017, plunging by -1.51%, to below the 0.850 handle. The U.K. FTSE ended the day up 0.11%, after the chancellor of the exchequer Philip Hammond, delivered a spring statement which downgraded the U.K. GDP growth to 1.2% for 2019. He claimed to have generated a surplus of circa £28b to spend this fiscal year, with little of it earmarked for spending on social services.

At 22:40pm EUR/USD traded up 0.44% at 1.133, as the euro made gains versus several peers during the day’s sessions, with the exception of the significant fall suffered versus the U.K. pound. The Eurozone industrial production figure beat the forecast, coming in at 1.40% for January, rising from -0.90% in December. Eurozone indices experienced a bullish trading day; CAC up 0.69% and the DAX up 0.42%.

On Thursday the latest German CPI data will be revealed, the forecast is for a reading of 1.60% year on year up to February, with the monthly figure expected to come in at 0.50%. Producer import and export prices for the Swiss economy will also be published early morning European time, data which could impact on the value of EUR and CHF.

A raft of data relating to the export and import prices for the USA, both monthly and yearly, will be published. Import prices are forecast to have risen in February, whilst exports prices are expected to show a fall. New home sales for January in the USA are predicted to have fallen back to 0.30% growth, from the 3.70% rise in December. The initial and continuous jobless claims data will also be published, there is no expectation for any change in the recently unemployed data, significant enough to cause an impact on the value of USD.