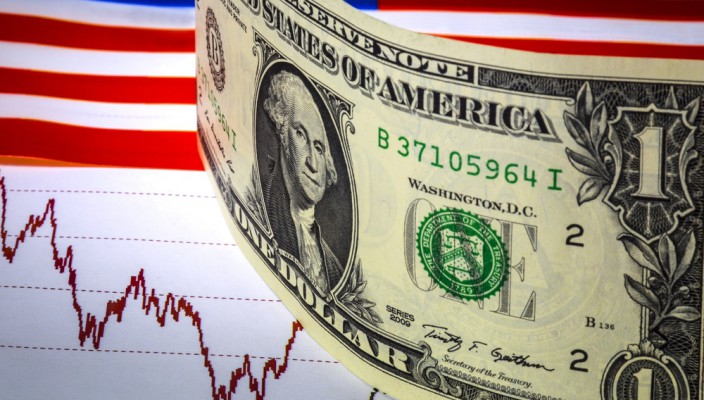 The March Beige Book maintained that US economic growth continued at a modest to moderate pace, but some of the language regarding wage growth and prices have changed. The March report notes that wage and price pressures picked up between January and March in many districts, where employers have raised waged and expanded benefit packages in response to tight labor market conditions. In the January report, this language was somewhat similar, but slightly weaker, where it has stated that most Districts said that wages increased at a moderate pace. On the other hand, prices in March increased in all Districts, and most reports noted moderate inflation. Taken altogether, these changes to the Beige Book language are consistent with the recent firming of price pressures as well as moderate acceleration in wage growth, as seen in the most recent employment report for January.

Continuing with the US, Fed’s Lael Brainard’s comments are seen as an important development, as she suggested that the pace rate hikes may need to accelerate/quicken in case the Fed’s current forecast be wrong. A strengthening US economy means that the Fed will raise rates at least four times this year and that risks are moving towards five.

Yesterday forex witnessed a recovery in risk appetite across Asia, as the White House announced that Canada and Mexico, and possibly other countries may be exempted from planned Trump’s tariffs om steel and aluminum. As a result, the US dollar found some respite, leaving most majors in tight trading ranges, while the CAD benefited from the tariff exemption.

Japan’s economy expanded at an annualized rate of 1.6 percent in the final three months of 2017, revised up from the preliminary estimate of 0.5 percent as the sequential rise in the exports boosted capex plans, the Cabinet Office said on Thursday.

EUR/USD fell below $1.2400 as Draghi tried to put the hawkish tilt into context, saying it does not signal a change in expectations nor the reaction function. During the post-meeting press conference, the ECB President Mario Draghi also touched upon the recent hot topic of imposing tariffs and said: “Trade disputes should be resolved in multilateral framework”. Furthermore, according to Draghi, underlying inflation remains subdued, yet to show convincing signs of sustained upward trend, while inflation is expected to hover around 1.55 for the remainder of 2018 and will raise after supported by monetary policy measures.

It should be an interesting end to the week on Friday. Overnight the main focus will be on the BoJ meeting outcome, however China’s CPI and PPI reports for February will also be closely watched. In Europe January trade data in Germany will be due along with January industrial production reports for Germany, France and the UK. Finally the week ends in the US with the February employment report including the ever important nonfarm payrolls print. Average hourly earnings data will be just as closely watched however. Following that report, the Fed’s Rosengren and Evans will speak at 5.00pm GMT and 5.45pm GMT on monetary policy. -FXStreet

The European Central Bank (ECB) removed the easing bias from QE language but countered it by saying rates would remain negative for an extended period. Also, President Draghi sounded cautious on inflation.
The EUR/USD is trading in an uptrend as the chart shows. The RSI is well above 50, Momentum is slightly positive and the pair successfully recaptured the uptrend support line it had lost earlier. -FXStreet
GBP/USD

The GBP/USD is middling through the Asia session following Thursday’s decline, and the GBP is trying to hang onto the 1.3800 handle heading into the London markets.
The pair has failed to find acceptance at higher levels and was now seems capped by persistent uncertainty surrounding the Brexit talks, especially after the EU published draft negotiating guidelines for Brexit on Wednesday and warned of negative economic consequences if Britain does not soften its position. -FXStreet
USD/JPY

The USD/JPY pair reversed an early European session dip to sub-106.00 level and has now recovered around 25-30 pips from session lows.
Currently trading around the 106.15 region, the pair was seen benefitting from a goodish pickup in the US Dollardemand. Possible tariff exemptions for Canada/Mexico eased trade war fears and helped the greenback to regain some positive traction.
Adding to this, a modest uptick in the US Treasury bond yields provided an additional boost to the buck and further collaborated to the pair’s uptick through the mid-European session on Thursday. -FXStreet
Gold

Gold dropped further and reached at $1318.80/oz the lowest level since last Friday. The metal was holding near the lows, trading around $1320, $20 below yesterday’s high. –FXStreet