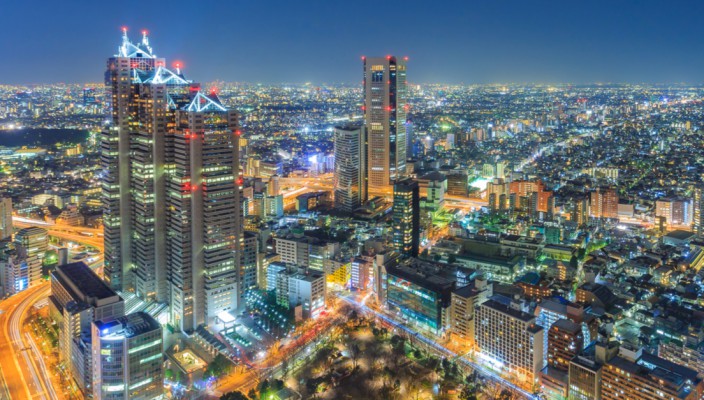 Safe-haven Yen rebounds on Japan politics, a quiet session ahead

Forex today in Asia this Monday was mainly driven by the risk sentiment, with the Asian equities tracking their Wall Street counterparts higher, in the wake of disappointing US wage growth numbers. Therefore, we saw the USD/JPY reaching for a test of the 107 handle before coming under aggressive selling pressure, as uncertainty over the Japanese political climate curbed the appetite for risk assets and lifted the safe-haven Yen across the board. The Nikkei 225 index stalled its rally and trimmed gains on Japan’s Moritomo scandal headlines.

However, the Antipodeans were little affected by the turnaround in risk condition, as broad-based US dollar weakness and easing Trump’s tariffs fears continued to underpin. Meanwhile, both gold and oil prices steadied amid a lack of fresh catalysts, as markets await the critical US inflation report due later this week for the next direction.

The British government reiterated its interest in maintaining current rights and obligations in some sectors while diverging to various extent in others; it also reiterated well known demands such as autonomous legislation and trade policy and no hard Irish border.

The speech failed to address key concerns of the EU, as illustrated by the EU Council‘s negotiation guidelines for the post-Brexit partnership with the UK; the guidelines were published only a few days after May’s speech and position the EU at far distance from the UK ahead of the 22-23 March EU Summit.
Labour’s move on 26 February to officially support a permanent customs union with the EU could affect parliamentary dynamics to PM May’s disadvantage if Labour and pro-EU Tories were to join forces. Our base case for the post-Brexit partnership agreement remains a transition period followed by a Free Trade Agreement; though Labour’s official endorsement of a customs union tilts the probability of it being included in the agreement. –FXStreet

The EUR/USD closed with moderate losses at 1.2303 on Friday and traded in a sideways manner in Asia despite the tepid US wage growth and risk-on action in the equities.
In the daily chart, technical readings present a neutral stance, as the pair settled below a horizontal 20 DMA, while technical indicators hover directionless around their mid-lines. Longer term, however, the risk is lean toward the upside, as the 100 and 200 DMAs keep heading north well below the current level, and would take a break of 1.2100 to turn the pair bearish. –FXStreet

Action in the GBP/USD is tight in the early Monday markets but the Sterling is pushing up to test near 1.3860 ahead of Monday’s London session.
Technically, the pair has little chances of recovering much further, as in the daily chart, selling interest contained advances around the 20 DMA for most of the week, while technical indicators head marginally higher within negative territory, without enough momentum to suggest an upward move. –FXStreet

Moritomo scandal got a new life on reports the Finance Ministry documents related to a questionable land deal have been doctored. So the bid tone around the Japanese stocks weakened. As a result, Japan’s benchmark index fell from 21,984 (session high) to 21,800 and pushed USD/JPY lower to 106.50.
Technically, the daily chart shows that bears maintain the lead, with the pair developing far below its 100 and 200 DMAs, and technical indicators barely recovering within negative territory. –FXStreet

Gold managed to pare some of its early losses to fresh weekly lows but held in negative territory through the mid-European session. –FXStreet