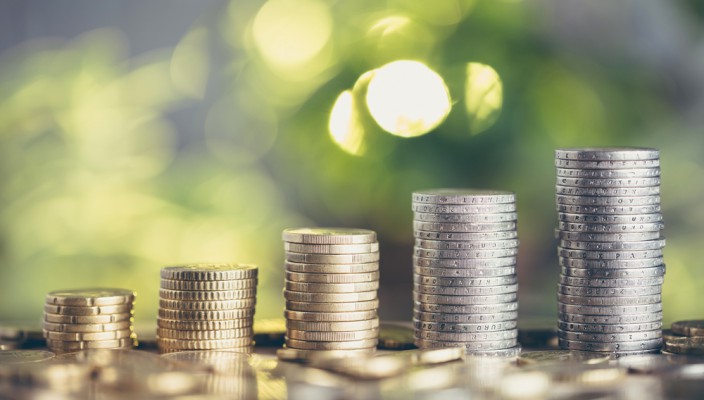 Albert Einstein is credited with saying; “Compound interest is the eighth Wonder of the World. He who understands it earns it. He who doesn’t pays it!”

In a financial world of low interest rates, a situation that’s existed for close to a decade- the potential for using relatively small trading accounts in order to make comparatively large gains, is often overlooked and misunderstood. If a trader is in a position to commit to a modest sum in their broker trading account and leave the gains untouched, then the potential for experiencing and enjoying compound interest is highly significant. This simplistic approach is one that many legendary traders and investors have used to their benefit over several decades and it starts by committing a sum of money into your trading account (however small) that you’re absolutely committed to leaving untouched, over a reasonable period of time.

In this article we’ll walk through a few examples to give clients an idea of what’s possible.

Let’s firstly presume our average trader is employed and looking towards: Forex, index, or commodity trading, to supplement their income. As such they shouldn’t have to take out the account profits they register, the gains should remain in the account, to be used for compounding purposes not living expenses.

So what is compounding interest and how does it work in our favor?

A simple example would be to imagine a sum of $1,000. If we earned 10% interest on the sum over a calendar year then we’d generate $100. However, if we left the interest untouched, added it to our principal, then we’d have $1,100 to invest for next year. If interest rates remained the same then we’d receive interest back measured on the new sum of $1,100, which would then be $110. Naturally if we leave this sum to grow at that assumed rate over several years, we can enjoy significant growth. For example; our original $1,000 at a rate of 10% growth over ten years, would return us (compounded) $2,594. What’s interesting is that by year ten you’d be receiving back $236 interest in year ten, a significant rise on the $100 interest in year one.

So let’s now turn our attention to what’s achievable in Forex trading and this is where our compounding calculations become extremely exciting. Now we’re going to use our $5,000 and $2,500 examples and for good measure we’re also going to use a $500 account, to illustrate the huge growth potential.

Let’s set our profit target at realistic and achievable levels. We’re aiming for an average of 0.1% account growth per day, 0.5% each trading week, and an assumption of 26% account growth per annum. So let’s apply such a compounded growth rate to our various account sizes and gauge the impact.

Our 0.5% growth per week is roughly equivalent to 26% growth annually. If we compound the interest each day, we’ll enjoy a rise/gain in our account of $1,484 in year one taking our account size to $6,484. If we enjoyed consistent gains of 0.1% each trading day and left the account to grow untouched over five years, we’d now have a balance of $18,337. After ten years it’d be $67,256. Now just think that if we made consistent gains of 0.1% per day on our initial $5k account, over a ten year period and left our account to grow, then after a ten year period we’d have an account of $67k. From a relatively modest sum, by consistently risking the same small amount to try to grow our account, by a percentage that many Forex traders would scoff at as lacking ambition, we’d witness the creation of a quite substantial sum of money.

Now let’s look at the growth in our $2,500 account example. It would have grown to $9,169 over five years. Over ten years it could grow to $33,628. It’s worth dwelling on those sums, because they are quite spectacular, our relatively small account, with careful, patient and judicious management, could rise to a highly significant $9,000 over five years.

A $500 account can often be regarded as a small account, however as has been stressed many times, traders should attach the same careful planning and management to a small account, as they do a more sizeable account. All the account sizes we’ve referenced are small, but we’ve deliberately selected $500 as it can often represent the first account size many novice traders pledge as they’re putting their trading toe in the water. If our new trader can generate just 0.1% per day, obtain our cited 0.5% growth per week on a $500 account, then the figures look like this: after five years the account will grow to $1,833. After ten years the account will have grown to $6,725. Again, it’s worth dwelling on that sum, whilst a decade is a long time, your small $500 account would have grown to $6,725.

To leave us all with a sense of what’s possible and eminently achievable with a reasonably significantly account size, a sound trading plan and keeping an eye on highly effective risk management, consider adding a zero to our initial $5,000 account after compounding. If we’re in a position to operate a $50,000 account, and enjoy 26% account growth per year, we’d grow our account to $672,500 in ten years, which is a significant retirement fund, in whatever country you trade from.