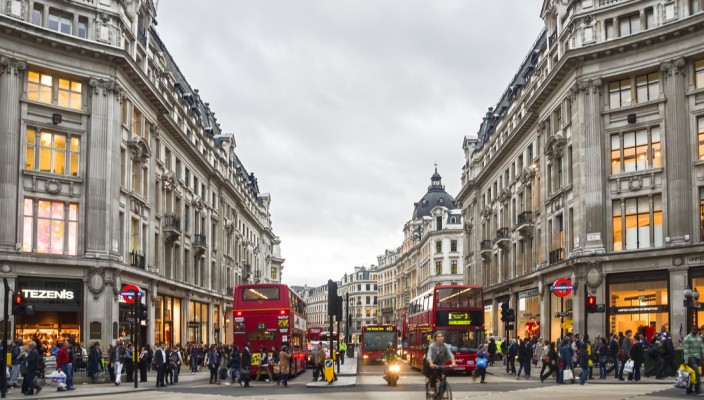 UK services PMI higher than anticipated. Euro seems to stabilize as the markets slowly digest the Italian elections, while the developments on US trade policy will be the primary focus this week

Mar 6 • Morning Roll Call • 2600 Views • Comments Off on UK services PMI higher than anticipated. Euro seems to stabilize as the markets slowly digest the Italian elections, while the developments on US trade policy will be the primary focus this week

Growth in the UK service sector picked up pace and signaled the strongest rate of service sector output growth for four months, the latest report from Markit Economics showed yesterday. UK services PMI was up from 53.0 in January and better than forecasted (53.3) coming at 54.5. The business activity rose at the fastest pace for four months with the strongest upturn in new work since May 2017.
Chris Williamson, Chief Business Economist at IHS Markit, which compiles the survey commented: “The service sector overtook manufacturing as the fastest growing part of the economy for only the second time since the referendum in February, thanks to the combination of the largest rise in services activity for four months and waning growth of factory output.”
The Italian elections resulted in big gains for populist parties and the composition of the next government is unclear. The euro skeptic Lega will probably be in government and this slightly weighs on the euro. The EUR/USD pair seesawed between minor gains/losses at the start of a new trading week and was influenced by the incoming political headlines from Germany and Italy. The pair initially spiked to near two-week tops on news that Germany’s SPD members voted for a coalition deal with Angela Merkel’s conservatives and ended months of uncertainty. The up-move was sold into and the pair quickly retreated from tops on reports that Italy might be headed for a hung parliament.
Further downside, however, remained cushioned by weaker tone surrounding the US Dollar, which continues to be weighed down by fears of a global trade war. The US President Donald Trump’s announcement to impose tariffs on imported steel and aluminum, unnerved investors worldwide and offset the new Fed Chair Jerome Powell’s hawkish comments, confirming gradual monetary policy tightening.
Add to this the President’s tweeted comment last Friday that “trade wars are good and easy to win” – and the already strong countervailing threats made by the likes of the EU and Canada (less so China) – and the risks of some sort of ‘global trade war’ taking place has certainly increased. Global financial markets seem relatively underprepared for this scenario – not least as asset prices have largely been pricing in the narrative of synchronized global growth over the past couple of months.
February’s ISM non-manufacturing composite index came in at a strong 59.5, which is in line with recent highs. The survey’s gauges of business activity, new orders and backlogs all rose during the month, suggesting continued strength going forward.
Todays’ diary is a bit quieter than Mondays’. With nothing of note in Europe, the main focus should be on the US where we are due to receive January factory orders data along with final revisions to durable and capital goods orders. Over at the Fed, Dudley is due to speak. -FXStreet

The EUR/USD risk reversals (implied vol premium for EUR calls vs EUR puts) rose to neutral (zero) yesterday vs. EUR 0.275 on Friday and 0.975 EUR puts on Feb. 12. EUR practically posted no reaction to the better-than-expected US ISM Non-manufacturing, which came in at 59.5 for the month of February vs. 58.9 initially forecasted albeit a tad lower than January’s 59.8.
In the meantime, the unclear political scenario in Italy following the victory of 5-Star Movement (32.5%) has opened the door to a period of rising uncertainty, speculations and negotiations ahead of the formation (or not) of a coalition government. -FXStreet

The GBP/USD pair is middling ahead of the London markets, reaching an overnight session high of 1.3862 before giving up Asia’s gains to trade back near 1.3845. The pair caught some fresh bids and turned higher for the third consecutive session on Monday, touching an intraday high level of 1.3835 following the release of better-than-expected UK services PMI. -FXStreet

The now better sentiment around the greenback is helping USD/JPY to rebound from Friday’s lows in the 105.20 area, levels last visited in November 2016. The recent pick up in the risk-off trade, month-end flows and rumors of ‘trade wars’ have given extra wings to the safe haven JPY in past sessions, sparking a sharp leg lower that seems to have found support in the 105.25/20 band for the time being. -FXStreet

Gold surrendered a major part of its daily gains to multi-day tops and is currently placed in the neutral territory, around $1223 area. -FXStreet

« Official results of Italian votes are not expected to be soon, but projections point to a hung parliament Mario Draghi and the ECB may be facing problems trying to find a ‘Goldilocks’ value for the euro »