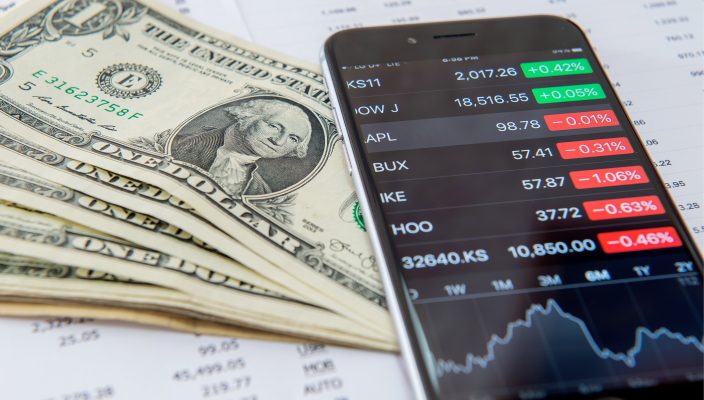 U.S. equity markets slump as global trade fears grip markets, due to USA tariff increases which are set to begin on Friday May 10th.

May 8 • Forex Trading Articles, Morning Roll Call • 1736 Views • Comments Off on U.S. equity markets slump as global trade fears grip markets, due to USA tariff increases which are set to begin on Friday May 10th.

After Trump’s weekend threats versus China; to raise tariffs on $200b of imports from 10% to 25% beginning this Friday, the U.S. and Eurozone markets adjustment during Monday’s sessions was relatively contained, after Chinese markets sold off by the largest single day amount in over three years. However, after escalated threats emerged on Tuesday morning and afternoon, from various representatives of the Trump administration, global markets experienced a significant sell off.

U.S. equity indices slumped dramatically, suffering their largest sell off across the board, since early January; SPX closed out down -1.65%, the tech heavy NASDAQ index closed down 1.96%. The DJIA closed down -1.79%, capping the year to date 2017 gain to 11.31%, whilst the closing price was circa 900 points short of the record high, printed last week.

News from the U.K. once again reverted to Brexit, as doubts resurfaced that the talks between the Labour Party and the Tories, will yield any agreement on the withdrawal deal. Despite another marathon meeting between both parties, they appear no closer to agreeing a consensus likely to receive parliamentary approval. Eventually, a light might go on in the Labour Party; that they’ve been used as useful idiots, to deflect centrist voter anger, away from the Tories.

The U.S. dollar made significant gains versus several peers, but fell sharply versus Japan’s yen, which acted as the safe haven anchor currency, throughout the day’s turbulent trading sessions; at 21:40pm U.K. time USD/JPY traded at 110.30, down -0.44%, the bearish price action saw price crash through the first level of support, S1. USD/CHF traded up 0.16%, the bullish price action saw price breach the second level of resistance R2, before giving up a proportion of the gains to trade close to R1, during the latter part of the New York trading session.

With attention focused on the tariff threats, the economic calendar took a back seat during the New York session. The JOLTS (job opening) figure came in ahead of forecast, whilst the latest consumer credit figures for the USA posted a surprising drop; missing the forecast of $16b in March, to come in at $10.28b, falling from $15.18 in February. This could be a sign that credit has become tighter, or that consumers have lost their appetite for credit; temporarily or otherwise.

Wednesday’s Eurozone calendar events begins with the latest industrial production figures for Germany published at 7:00am, Reuters are forecasting a significant drop; from 0.7% to -0.5% for March. This would result in the annual figure falling to negative growth of -2.7%, measured on a year on year basis. Such results if met, could negatively impact on the value of the euro. At 12:30pm U.K. time, the President of the ECB Mario Draghi will deliver a speech in Frankfurt. These appearances can also impact on both the value of the euro and Eurozone equity markets, depending on the content. Mr. Draghi will have a wide range of subject matter to cover; inflation, slowing E.Z. growth, Brexit, global trade and perhaps the further threats of tariffs from the USA, to be applied to the E.U.

During the New York session at 15:30pm U.K. time, the latest DOE (department of energy) reserves will be published for the USA. With the concentration on equity markets dropping due to the tariff threats versus China, WTI oil followed suit on Monday, during Tuesday’s sessions oil made an initial recovery, before closing the day out down circa -1.30% at $61.33 per barrel. The concerns which developed during recent weeks; over Iran sanctions and Venezuelan supply issues, have been enhanced by global trade fears – less manufacturing demand, equals less energy being used.

« Focus turns to the New Zealand economy on Wednesday morning, as the RBNZ announces its cash rate decision. Strive for excellence in your FX trading, not perfection. »