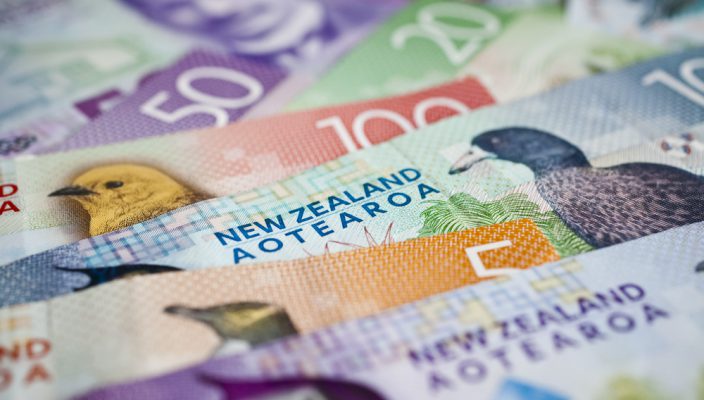 Focus turns to the New Zealand economy on Wednesday morning, as the RBNZ announces its cash rate decision.

May 7 • Forex Trading Articles, Market Commentaries • 1593 Views • Comments Off on Focus turns to the New Zealand economy on Wednesday morning, as the RBNZ announces its cash rate decision.

On Wednesday May 8th, at 3:00am U.K. time, the central bank of New Zealand, the RBNZ, will reveal its latest decision, with regards to the country’s key interest rate. Referred to as the “official cash rate”, the current rate is 1.75% and according to the economists polled by Reuters, the prediction is for a cut to the rate of 1.50%. The current rate of 1.75% is a record low, put in place in November 2016, in order to act as a monetary policy stimulus measure, to contend with low GDP growth and low inflation, factors which the RBNZ believed were harming the country’s economic progress.

The New Zealand economy is heavily reliant on various dairy exports to Asia, therefore, creating a cheaper export programme, by way of a weaker kiwi dollar, should (in theory) stimulate growth. Inflation is currently below target at 1.5%, whilst GDP growth is at 2.3%, with the latest quarterly growth for Q1 2019 coming in at 0.6%. Whilst growth at 2.3% compares favourably to many other developed economies, particularly those in the Southern Hemisphere, the current growth figure represents a significant reduction from the figure of 4.1%, recorded in 2016 and the 2018 high of 3.4%.

Certain economists are suggesting the RBNZ might look to cut the rate, to get ahead of any potential threats, which have been amplified by China’s trade war with the USA. With inflation languishing below the central bank’s target of 2% and unemployment threatening to rise from its current 4.2% level, the RBNZ have justification to lower rates, based on enough slack currently existing in the economy. A relatively small cut could provide a short to medium term export stimulus, whilst also lowering debt repayments for New Zealand’s citizens.

Despite the Reuters prediction of a cut, that view is not a consensus held by analysts of other news agencies, or economic commentators quoted in the financial mainstream media. On Tuesday May 7th, the RBA were widely tipped to lower the Australian cash rate to 1.25%, but have pushed back any decision to later in the year, whilst maintaining their current dovish stance. Both the RBA and RBNZ are closely linked, due to their: trade, social and geographical links, therefore, their central bank policies, often move in tandem.

The interest rate decision is broadcast at a time when liquidity is historically low in the forex markets, whilst FX traders wait for the London-European market to open. As a consequence, any adjustment to the rate could cause volatility to rise as liquidity falls, which can result in whipsawing trading conditions occurring.

Half an hour after the decision is announced, at 3:30am U.K. time, the RBNZ will hold a press conference, during which they’ll explain the rational behind their decision. It’s often during this commentary delivered by various central banks, as they discuss monetary policy forward guidance, when the value of the currency in question, can rise and fall dramatically. Traders who prefer to trade the NZD, or who specialise in trading events, would be advised to monitor the release to ensure they’re in a position to potentially capitalise from the RBNZ decision and any statement.

« Aussie dollar rises as RBA defies forecasts by keeping the cash rate unchanged at 1.50%, Asian markets steady after further Trump threats versus the Chinese. U.S. equity markets slump as global trade fears grip markets, due to USA tariff increases which are set to begin on Friday May 10th. »