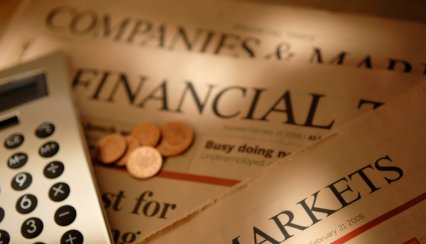 The USA equity markets were obviously simply pausing for breath on Wednesday, as it was back to the business of setting record highs on Thursday, the SPX rose by 0.81% on the day and has now risen by circa 4% in 2018. Some investment bank analysts are suggesting that stocks have higher to rise, on the basis that earnings season has not been priced into the markets yet, whilst the tax reform programme may have been. Focus tends to remain on the leading indices; the SPX, DJIA and NASDAQ, whereas the small caps Russell index might be a more relevant measure of overall company sentiment in the USA, it also rose sharply during 2017, rising by 1.73% on Thursday.

The U.S. dollar index fell by circa 0.4% on Thursday, whilst the USD fell versus the: euro, sterling and yen. Gold reclaimed its position above 1,322 pushing through R2, whilst Brent crude pushed through the $70 a barrel handle, a level not witnessed since December 2014. However, price failed to hold this three year high, subsequently rejecting the level, selling off sharply to close out the day up circa 0.1% on the day, resting just above the daily PP. WTI followed a similar pattern; crashing up through R3, to then give up the majority of the day’s gains.

Calendar news was thin on the ground for the USA on Thursday, after NFP job numbers for December came in at a disappointing level last Friday, the latest weekly job losses numbers published on Thursday spiked up to 261k, perhaps suggesting that employment levels are now peaking in the USA. Various producer price indices missed targets by marginal amounts, whilst encouraging numbers were delivered in the form of the monthly budget statement; falling to -$23.2b beating the forecast of -$26b.

European news centred on Germany’s latest GDP figures, coming in at 2.2% YoY, missing the prediction of 2.3%, but improving from the previous reading of 1.9%. Germany’s public finance ratio also improved. The ECB statement, relating to the last rate setting and monetary policy meeting was published, analysts took an overall hawkish tone from the minutes which indicated that the APP stimulus might be tapered more aggressively, the key and coded words from the minutes were;

“The language pertaining to various dimensions of the monetary policy stance and forward guidance could be revisited early in [2018].”

As a consequence of these key words the euro rose versus the majority of its peers, EUR/USD rising by 0.5% and EUR/GBP rising by a similar level. Despite encouraging German economic news the DAX sold off sharply (down 0.59%), as did several European indices. In terms of U.K. news there were no fresh Brexit issues, the FTSE 100 closed up at a new record high, mainly spurred on by several retailers reporting their Xmas seasonal sales figures. The balance of reports were tipped in the favour of retailers, appearing to have had a decent quarterly period, however, it would appear that a zero sum game is at play; some retailers’ gains were others’ losses, as they all chase the same customers who; according to wage rise data, are lagging in terms of spending power behind inflation. GPB/USD rose by circa 0.2% on the day.

Bitcoin BTC slumped to a 2018 low of circa 12,568 due to South Korea’s government stating on Thursday that it plans to ban all cryptocurrency trading, bitcoin prices plummeted and throwing the crypto coin market into turmoil, the nation’s police and tax authorities began a clampdown by raiding local exchanges due to allegations of tax evasion.

GBP/USD whipsawed between bearish and bullish conditions during the day’s trading sessions, breaching S1 in the European morning session, before recovering to break up through the daily PP, to close up circa 0.2% at 1.353. The U.K. pound slipped versus both Australasian dollars, GPB/AUD crashed through S2, before recovering to end the day down circa 0.5% at 1.715.

XAU/USD has regained the majority of the losses incurred earlier in the week, reclaiming a level above 1,320, whilst reaching an intraday high of 1324, closing out the day at 1322. The precious metal appears to be regaining some of its safe haven appeal, despite a risk on appetite still existing amongst equity investors.

« Canada’s interest rate policy will be under scrutiny next week, as the central bank meets to discuss a potential rise to 1.25%. Can bitcoin can’t go mainstream as a payment service? »