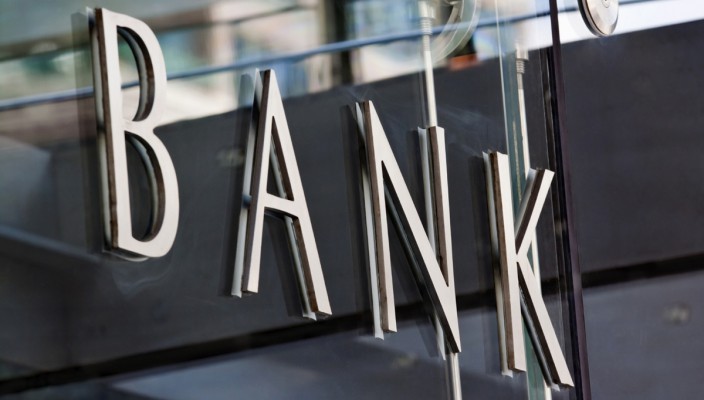 Canada’s interest rate policy will be under scrutiny next week, as the central bank meets to discuss a potential rise to 1.25%.

Jan 11 • Extras • 3783 Views • Comments Off on Canada’s interest rate policy will be under scrutiny next week, as the central bank meets to discuss a potential rise to 1.25%.

There’s plenty of speculation regarding the Bank Of Canada’s two day meeting taking place next week,  the overwhelming expectation is for a rise from 1% to 1.25%. However, many analysts will offer up several reasons why the central bank may hold back. Most notably the Canadian dollar has already risen sharply versus its major trading partner’s currency since December 2017, whilst recently the Trump administration threatened to break up the NAFTA agreement, which could have serious repercussions on the strength and performance of Canada’s economy. Therefore the BOC may decide on no change, rather than increase the interest rate by 0.5%.

In other news China publishes its first major series of economic data of the year. On Thursday we’ll receive the latest quarterly and annual GDP figures, combined with retail sales and industrial production data. The expectation is for little change in annual GDP, down from 6.8% to 6.7%, with quarterly growth forecast at 1.7%. As (arguably) the engine of global growth, these figures will be closely watched for any signs of economic weakness.

Monday begins the trading week with the monthly New Zealand dairy auction price data, due to its reliance on dairy products as exports, these numbers are carefully monitored for signs of potential weakness in the N.Z. economy and reduced demand in Asia. Germany’s wholesale price index is also published, having enjoyed sustained economic improvement in 2017, these final year end figures for Germany will be closely watched. At 3.3% current growth, the expectation is that the figure will be maintained.

Japan will be making outright bond purchases, not normally a high impact event but given that Japan reduced its long dated bond buying recently, which caused a rise in yen, these purchases will now be analysed more carefully. Japan’s machine orders have risen by 46.8% YoY up to November, a key metric to be observed, given Japan’s reliance on tooling up factories for manufacturing and export purposes.

The Eurozone trade balance figures will be revealed, at €18.9b surplus for October, an improvement in November’s figure will be looked for. Canada’s existing home sales rose by 3.9% YoY up to November, December’s figure will be closely watched for signs of housing construction  and mortgage lending reduction, coming after a recent surprise reduction of -7.7% in building permits.

On Tuesday focus returns to Japan, the tertiary index and bankruptcy figures will be published, before focus turns to the European market open. Germany’s latest CPI figure will be revealed, which is expected to remain unchanged at 1.7%. Various inflation data is delivered by the U.K. ONS, CPI is currently at 3.1%, forecasts vary as to whether the rate will creep up to 3.2%+ or fall back to 3%. Producer price index input is currently running at 7.3%, this inflation reading will also be monitored, as any increase is likely to push up inflation further in the short to medium term, which could result in the U.K. BoE considering raising the base rate above 0.5%. House prices in the U.K. rose by circa 4.5% YoY up to October, a continuation of this trend is expected. Japan is once again on the news radar, as machine orders data closes out the day’s economic calendar news.

Wednesday sees a cluster of Australian data published; home loans, investment loans and value of loans, short dated Japan bond purchases will also come under scrutiny. As European markets open, the latest CPI figure for the Eurozone will be revealed, currently at 1.5% there is no expectation for any change. New car registrations for the area and construction output data is also revealed.

As focus turns to North America we’ll receive the weekly mortgage application data from the USA, industrial production is forecast to rise from 0.2% to 0.3% in December, the USA manufacturing (SIC) figure is published, at 0.3% growth in November the prediction is for little or no change. The NAHB survey is published, which gives an insight into the overall health of home construction and home purchasing in the USA. Canada’s central bank will reveal its latest decision regarding the key interest rate, the expectation is for a rise to 1.25% from 1%. Whatever the result of the decision, the Canadian dollar is likely to undergo intense speculation during the build up and after the decision is revealed.

The USA Fed publishes what’s known as its beige book; this report is published eight times per year. Each Federal Reserve Bank gathers anecdotal information on current economic conditions in its District, through reports from Banks and local businesses, the report precedes the FOMC rate setting meeting, generally by two weeks. The publication corresponds with Mr. Evans from the Fed delivering a speech on economic and monetary policy.

Thursday begins with a raft of Australian data; the publication of Australia’s January consumer inflation expectation figure, currently at 3.7% there is no expectation for any change. Employment and unemployment numbers for Australia are published, currently the unemployment rate is 5.4%, with the participation rate at 65.4%. We’ll receive the first significant tranche of data from China during Thursday morning’s trading session, China’s latest quarterly and yearly GDP figures being the stand out figure. The forecast is for a fall to 6.7% from 6.8% annually and the latest quarterly figure to come in at 1.7%. Retail sales growth in China is forecast to remain at 10.2% YoY, with industrial production YoY expected to remain at 6.1% growth. Industrial production figures for Japan are also published in the Asian trading session.

There are no significant economic calendar events relating to Europe on Thursday, focus on the USA begins with housing starts expected to fall by -2.1% in December, with permits expected to come in at -0.8% for the same month. Initial and continuous jobless claims figures will be released, with crude oil inventories closing out USA economic news on the day.

Friday starts with Japanese department stores sales data, and further outright bond purchase results. As attention turns to Europe the latest German producer price index is published, as is the Eurozone current account status. U.K. retail sales are published, currently at 1.5% growth YoY this figure is closely watched, given the reliance the U.K. has on consumer spending. Manufacturing sales figures from Canada will be published, as will be the latest university of Michigan sentiment reading for January, forecast to come in at 97.3 from 95.9.