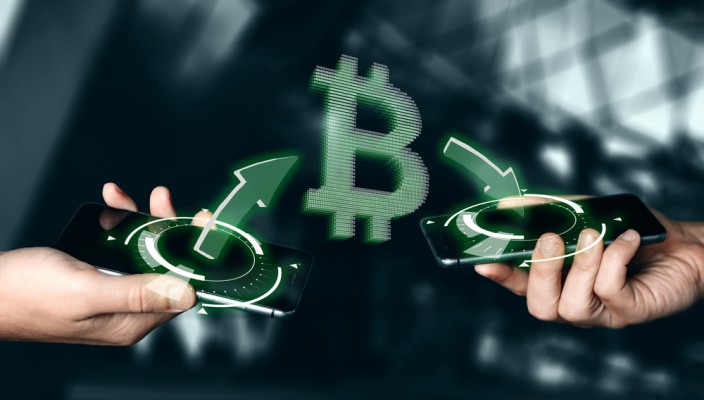 Can bitcoin can’t go mainstream as a payment service?

Bitcoin and crypto currencies were not only the hottest topic amongst many forex traders in 2017, they also became a hot topic in the mainstream media. Hardly a day passed without news channels in the USA and U.K. covering the subject of bitcoin. Naturally, when an investable product rises by circa 1,500% in a year, both unsophisticated and sophisticated investors will sit up and take note.

The FOMO motivation (fear of missing out) arguably pushed the crypto currency from $100 to end the year at circa $15,000 in 2017, it wasn’t the utility’s usefulness, as in terms of commercial use, bitcoin spectacularly failed to make a breakthrough and inroads into established payment methods. Which is hardly surprising when you consider the practicalities involved in actually transacting a bitcoin payment.

Imagine for a moment that you’re a retailer of high end white goods; washing machines, fridges, freezers etc. and you decide to take BTC as a payment method and what entrepreneur doesn’t want to stay ahead of the curve to offer their customers convenience at every opportunity? You begin to investigate the possibility of accepting BTC. You’re already accepting Apple Pay, PayPal, and all the usual credit and debit cards. Your card machine payment processor charges you approx. 0.5% for your transaction currently, which means on each $1000 it costs you $5 for the transaction. But on investigating the bitcoin opportunity you discover that the charge per transaction is 8%, $80. Now your profit margin on your items is circa 15%, your overall gross profit is 8%, your net retained profit after tax is only 5-6%. The realisation then hits you; if you took a significant proportion of BTC as payments for your goods, then you’d be in a loss making position, but it gets worse…

Despite the claims of peer to peer speed, transparency and cutting out the middle man, you also begin to realise that the volatility of BTC’s price will also hit you. As we’ve witnessed over 2017 and particularly in late December 2017, the virtual currency’s value can whipsaw dramatically inside minutes. These aren’t whipsaws we might observe in, for example, our familiar EUR/USD currency pair, with a daily range of perhaps 0.5%, the value of BTC can whipsaw by 20% in a day and inside minutes, therefore you begin to question who’ll take this loss?

As of late December it was taking an average time of 78 minutes to confirm a bitcoin transaction, according to blockchain.com, on Sunday 17th December the average time reached 1,188 minutes.

Let’s surmise that you accept a transaction of $1,000 for a top of the range American fridge freezer, but the value of BTC/USD falls from $15,000 to $13,500 after you’ve accepted payment, a ten percent fall is not uncommon, therefore you’ve technically lost 10% on the transaction. Add that to your 8% transaction cost and you’re in a world of pain on your one transaction. Now fans of bitcoin could justifiably claim that you may agree to sell when bitcoin is at $13,500 and then it rises to $15,000 making you an extra $150, but are we really suggesting that retailers operate a roulette payment acceptance method into their business?

Whilst investors, the mainstream media and traders have become extremely hyper excited over the exponential rising value of bitcoin (and other crypto) currencies during 2017, they’re failing to take on board the practicalities of BTC as a payment utility.

Now fans of BTC would not only argue that the transaction costs will reduce significantly over time, and they’d probably be right, but so far we can see no evidence of an infrastructure being put in place that’ll guarantee that, compare and contrast to the current SWIFT international payment system, or mobile chip and pin card readers at the coal face of business. BTC users, investors and fans also cite that over time BTC will become more stable and predictable in value, and again that’s highly likely, however, that stability can only come through more use and less speculation.

So on one hand crypto fans and investors want the value to rise to the moon, but they want the cryptos to rank equally with other fiat currencies, in terms of use and usability. Well if it’s to replace and rank with, for example: sterling, euro and various dollars, then the value of a bitcoin and the volatile nature of price will have to reduce. If you’re a voyeur of crypto (as opposed to an investor), then 2018 could prove to be a fascinating year to watch its progress, could it prove to be the make or break year for BTC?