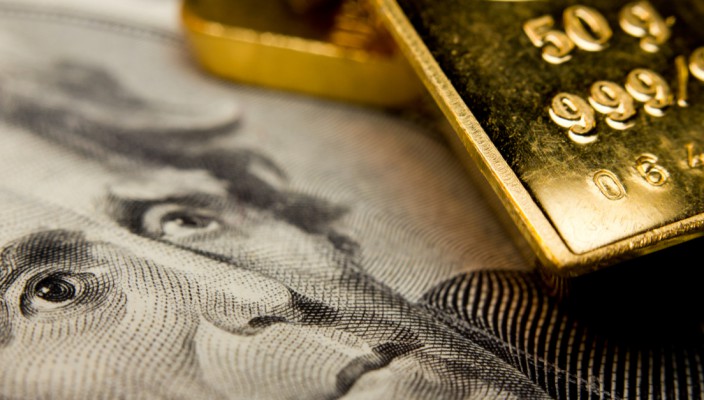 The DJIA and SPX equity markets continued their recent gains, posting moderate gains on Tuesday, both indices getting close to finally erasing the year to date losses and moving into positive territory. Wall Street nervousness was still evident as investors await the latest set of CPI inflation figures, which will be delivered by the BLS statistics agency on Wednesday afternoon. The forecast is for a fall to 1.9% YoY, which may result in investors’ nerves being soothed further, after last week’s equities rout. However, the respite may be short term and temporary if, as predicted by Goldman Sachs, ten year treasury yields rise to 3.5%, within the next few months. Investors may have noticed that hedge funds and other large speculators, increased their bets on Treasury futures to a record high, which indicates they expect the 2018 bond market volatility and subsequent rout, to resume in the days ahead.

Despite rumors to the contrary, Jerome Powell, the recently appointed chair of the Fed who was conspicuously absent during last week’s sell off, insisted that the rate rises the FOMC intimated would go ahead in 2018, will still be implemented. The implicit suggestion appeared to be that the recent stock market shock will not affect their decision making. In terms of economic calendar events relating to the USA, the only significant release concerned the small business optimism reading, which beat forecast by coming in at 106.9. Gold rose by circa 0.5% on the day, whilst WTI fell through the $60 a barrel level, beginning to threaten the 100 DMA. Both traditional safe haven currencies; yen and Swiss franc, attracted bids, USD/JPY falling to an intraday low not seen since early September 2017, whilst USD/CHF threatened to (once again) fall through the 93.00 handle as it breached S3 during the day’s trading sessions. Currency traders enjoyed far better conditions for day trading than Monday, with price action evident across the board, for the majority of major currency pairs.

Direct Brexit news took a back seat on Tuesday, as investors and traders focused on the latest series of inflation figures, released by the U.K. statistics agency the ONS. The forecast was for a fall to 2.9%, however, the YoY figure remained at 3%, which appeared to be a bullish signal for sterling, which rose on the day versus the majority of its peers. Traders translated the data as more reason for the Bank of England to raise the base interest rates earlier and by larger increments. RPI inflation remained at 4%, whilst producer input inflation came in at 4.7%, suggesting that there is an imported inflation issue, which is inbuilt into the U.K. economy. The U.K. FTSE 100 fell by 0.13%, whilst GBP/USD ended the day up circa 0.3%, having reached an intraday peak of 0.6%.

EUR/GBP whipsawed in a tight range with a bullish bias during Tuesday’s sessions; falling through the daily PP early into the London – European morning session, the cross currency pair recovered to reverse direction, breach R1, before falling back to end the day up circa 0.3% at 0.889. EUR/USD traded in a wide, unbroken, bullish range throughout the day, breaching R2 printing a weekly high, closing out close to R2 at 1.235.

USD/JPY traded in a wide bearish range throughout the day, printing a low not seen since early September, the major currency pair breached S3 and kept falling, reaching a intraday low of 107.4 before recovering some lost ground, to close out below S3 at 107.8. USD/CHF fell precisely to S3, before recovering some lost ground to close out at 0.935, tight to S2. USD/CAD traded in a tight range with a bias to the upside, closing out flat on the day the currency pair receded from a daily gain of circa 0.3%, reaching above R1 to end the day at 1.258, close to the daily pivot point.

GBP/USD traded in a wide bullish range throughout Tuesday’s sessions, breaching R2 to give back some gains, closing the day out at circa 1.338, close to R1, up approx 0.3%. GPB/JPY fell through the 100 DMA on February 11th, the pair continued its recent fall, breaching S2 as London opened, to then recover, closing out the day at approx. 149.6 down circa 0.4%. Having breached the 100 DMA in a prolonged fall on February 5th, GPB/CHF whipsawed through a tight range in predominantly bearish conditions, falling through through S1, rising up through the daily PP, breaching S1 again, to eventually close out the day flat, near the PP at 1.298.

XAU/USD traded in a wide range with a bias to the upside during the day’s sessions, oscillating above and below R1, price eventually pulled away from the first level of resistance, threatening to breach R2, before surrendering some gains to close out up circa 0.5% at 1,330, having posted an intro day high of 1,333, the highest close in a week.

European calendar news takes centre stage during the London – European session, the latest GDP figures for Germany and Italy are published, Germany is forecast to deliver a figure of 3% YoY, with Italy at 1.7%. The E.Z. as a trading bloc also delivers its latest GDP metric; predicted to show 2.7% growth for Q4 YoY. If these forecasts are met or bettered, then the euro may advance versus its peers.

The other main high impact data published on Wednesday concerns the latest CPI data from the USA, of particular interest given how sensitive equity markets in America appear to be with regards to inflation and potential interest rate rises as a consequence of the build up of inflationary pressures. The forecast is suggesting a fall from 2.1% YoY to 1.9%, a reading that may temporarily or otherwise, calm traders’ and investors’ nerves were equity values are concerned. The value of the U.S. dollar may also come into sharp focus if the reported figures (both YoY and MoM) meets, beats, or misses the forecast.