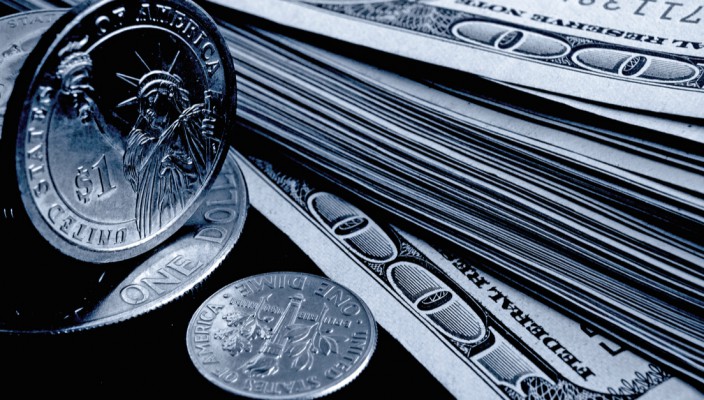 It’s often stated that a week is a long time in politics, a week can also be a long time in the markets. A week after global markets appeared to be in turmoil, as a sell off/correction of 10%+ materialized, U.S. equity markets finally reclaimed some of their lost ground on Wednesday, the DJIA closed up 1.03% and the SPX closed up 1.34%. The 2018 gains are now 0.74% and 0.90% respectively. This rise was curious and rather demolishes the claims and theories that last week’s sell off was caused directly by the threat of USA treasury yields rising above their recent four year highs and inflation concerns materializing.

The ten year treasury yield breached 2.9% on Wednesday and the latest CPI metrics missed forecasts, with the latest CPI MoM figure coming in at 0.3%, whilst the YoY inflation figure remained at 2.1%, as opposed to predictions of a fall to 1.9%. The risk on appetite appeared to be unaffected by these results, which had previously been feared by the investors, traders and analysts, in relation to the impact missed forecasts would have on equity markets.

A fall in retail sales performance may have indirectly saved the equity markets from posting negative figures. Advanced retail sales and retail sales for January missed expectations, recording shock negative figures, reigniting expectations that the FOMC/Fed might reconsider their commitment to raise rates several times in 2018, with the first rise originally planned for March. Gold and WTI oil rose, gold by circa 1.7% and oil by approx. 2.5%. The dollar index fell by 0.8%, and the USD also fell by approx. 0.9%, versus both EUR and GBP.

European equity markets posted positive gains on Wednesday, with the results of key economic calendar hard data being mixed. Italy’s and Germany’s GDP YoY figures missed expectations by 0.1%, whilst Eurozone GDP came in at 2.7% YoY and at 2.5% QoQ, annually it represents the best GDP growth figure since 2007. German CPI remained at 1.6%, whilst industrial production for the Eurozone beat the forecast by some distance, coming in at a highly impressive 5.2% YoY. As a highly relevant comparison; the U.K. corresponding figure is currently flat at 0.00%. The U.K. foreign secretary delivered a bullish speech regarding the prospects for the U.K. after Brexit, which assisted the pound rising versus the majority of its peers, especially versus USD, which fell against the majority of its peers.

USD/JPY traded in a narrow range and daily trend, falling to an intraday low of 106.7, breaching the 107.00 handle, a level not witnessed since December 2016. Price fell through S1, threatened to breach S2, finishing down circa 0.5% at 106.8. USD/CHF whipsawed in a wide range with a bias to the downside, falling through S1, rising up through the daily PP, to then fall back through the first level of support, closing down circa 0.5%, just above S2 at 0.928. USD/CAD whipsawed in an extremely wide daily range, breaking up through R1, to then reverse direction and slump through the three levels of support, closing down circa 1% on the day at 1.249.

GBP/USD whipsawed violently through an extremely wide range, oscillating between initial bearish and then bullish conditions. The major currency pair fell through S1, then reversed direction to approach R3, closing out the day up circa 0.8% at 1.399, the highest close for five trading days. GBP/CHF also exhibited whipsawing behavior during the day’s trading sessions, falling through S1 to then recover and reverse direction, price breached R1 before retracing to end the day up circa 0.2%, close to the key handle of 1.300.

EUR/USD followed a similar pattern to many dollar pairs; whipsawing violently in a wide range, the security initially fell through S1 support, to then reverse direction and break up through resistance, falling just short of breaching R3, up 0.8% on the day at 1.245, the highest close in a week. EUR/GBP oscillated in a narrow range with a bias to the upside, reaching R1 before falling back to threaten the daily PP, closing up circa 0.1% on the day at 0.889.

XAU/USD whipsawed in an extremely wide daily range, initially failing through S1, posting a intraday low of 1,318 whilst approaching S2, the precious metal then rallied in price, breaking up through the three levels of resistance, to post a daily high of 1,351, before closing the day out at 1,350, up circa 1.7%, the highest close since late January.

The latest Eurozone trade balance figures are published on Thursday, unlike the corresponding figure for the USA and the U.K. the E.Z. posts surpluses and not deficits, the expectation is for a figure of €27b for the month of December.

Industrial production figures are predicted to show a fall to 0.2% growth MoM for January, whilst manufacturing production is forecast to reveal a rise to 0.3% in January. Both figures may be more closely watched than in previous months, given that investors may be still looking for reasons to either buy or sell their positions in equity markets.