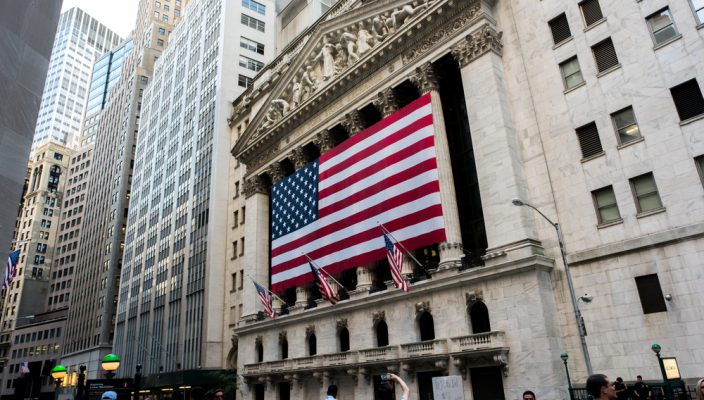 U.S. dollar registers gains across the board as sterling slumps and U.S. equity indices have mixed session

GPB/USD slumped to a two year low during Tuesday’s trading sessions printing a low of 1.243, a level not witnessed since Q2 of 2017. The major pair traded in a clearly defined bearish trend, breaching the third level of support and at 20:50pm U.K. time the pair referred to as “cable” traded down -0.40%. Although part of the U.K. pound’s losses could be attributed to dollar strength across the board sterling also suffered a significant sell-off versus the majority of its main peers; EUR/GBP traded up 0.35% breaching the third level of resistance as price temporarily breached the 0.900 handle, a level not visited since December 2018.

The reason why the U.K. pound is under pressure relates to market fears that either of the two Tory protagonists jostling to be the next prime minister of the U.K. will pursue a hard, no deal Brexit. FX traders are also mindful that with certain British economic metrics looking extremely weak, the likelihood is that the U.K. Bank of England will have to intervene and stimulate the economy by way of lowering the base rate below the current 0.75% rate.

On Wednesday morning the ONS (official national statistics agency) will publish comprehensive data concerning the U.K.’s GDP growth and despite the Reuters forecast of 0.1% growth for a rolling three month period, many analysts quoted in the press believe May will be a flat growth month ensuring that the three month rate will be negative. If the GDP print is negative then the recent sterling sell off may accelerate. Therefore, event traders or those who specialise in trading GBP should monitor the GDP economic calendar releases and their positions carefully.

U.S. equity indices experienced mixed fortunes during the New York session on Tuesday, the SPX closed out close to flat as did the DJIA, whilst the NASDAQ closed up by 0.46% as general bullish sentiment returned to tech stocks. The tech index is up over 22% year to date and once again threatening to print fresh record highs. In terms of economic calendar releases the key data for the USA on Tuesday concerned the latest JOLTS (job openings) figures. Despite the May figure missing the forecast at 7.323 million jobs available, openings in the USA are still close to their recent record highs. Hiring fell by 266,000 jobs to 5.725 million in the month.

The U.S. dollar continued the recent gains which began from Friday July 6th after the latest NFP jobs number caused analysts and traders to increase their bets on an August interest rate rise by the FOMC. USD/JPY traded up 0.16% whilst USD/CAD traded up 0.29%. USD registered its largest gains during the day’s sessions versus the Aussie dollar; at 21:20pm AUD/USD traded down -0.60% at 0.693 a low not seen since June 22nd.

Market movers and makers will carefully analyse the FOMC minutes when they’re released on Wednesday evening at 19:00pm U.K. time, to establish if the committee of regional Fed Chairs have adopted a more hawkish outlook and consensus in terms of their monetary policy. Likewise, in the afternoon from 15:00pm Jerome Powell the Fed Chair will testify in front of a finance panel. Both events, Powell’s testimony and the FOMC minutes’ publication, could move the value of USD at different times of the day. A whipsawing within a wide range can’t be ruled out. Similar to the situation regarding the U.K. GDP data releases, traders of USD should remain vigilant throughout the day’s sessions.

At 15:00pm U.K. time on Wednesday the bank of Canada will announce its interest rate decision, the current rate is 1.75% and the economists polled by both Reuters and Bloomberg anticipate a hold. However, it’s the accompanying statements from central bank officials which traditionally have the power to move the markets in the relevant currencies. With Canada’s GDP falling significantly over recent months analysts may look for clues in any narrative which would suggest a dovish monetary policy stance developing, leading to a potential interest rate cut over the short to medium term. The globe’s eleventh largest economy has seen its GDP growth slump from 3.8% to 1.3% inside the past 24 months as QoQ growth fell to 0.10%. Therefore, the BOC could justify a rate cut, particularly on the basis that the current inflation level at 2.40% is relatively benign.

« How the gambler’s fallacy can creep into FX traders’ mindset U.S. equity indices futures trade down ahead of Powell testimony NZD spikes down after Orr comments »