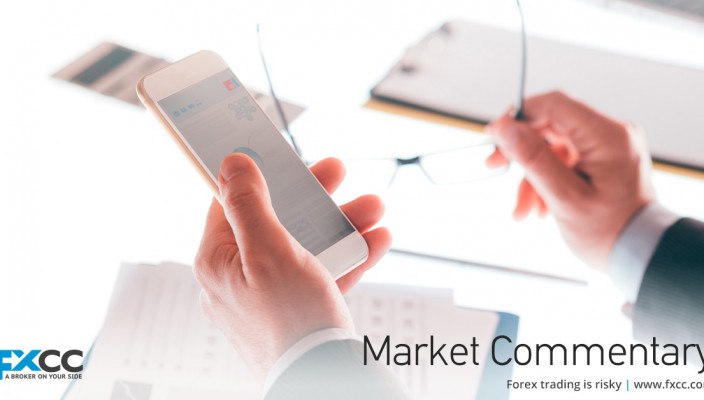 The leading U.K. index the FTSE 100, breached the critical psyche level and handle of 7,000 during the early part of the London session to reach 7,040, a level not seen since early December 2018. During 2018 the index threatened to break through the 8,000 level for the first time in its history, after reaching a record high just above 7,900 in May. The index reversed trend during the second half of the year, to eventually slump to a low of approx. 6,500. In 2019, the year to date percentage rise has been 4.39%, despite the Brexit fears stalking the U.K. economy.

Those fears have caused sterling to whipsaw in a wide range versus several of its peers, when observed on a medium term time frame (such as a daily chart) over the past year. GPB/USD has traded in a range between 1.244 and 1.437 over the past twelve months. Opinions are divided amongst the analyst community, as to where the value of GBP/USD will oscillate, depending on the Brexit achieved by the U.K. government and the E.U. In morning trade in the London session on February 4th, the major pair traded close to flat, maintaining position, just above the 1.300 handle.

Focus on the value of sterling versus its peers will be maintained throughout the week, as the U.K. prime minister will have to explain what happens next, after Parliament voted through her Tory party’s amendment. The subject of Brexit came into sharp focus over the weekend, as Nissan became one of the first major manufacturers based in the U.K. to announce that Brexit is altering their forward planning. The ultimate impact of Brexit and the prolonged uncertainty, has caused the company to shelve their initial plans to build two new car models, at their Sunderland plant in northern England.

The BoE base interest decision is scheduled for release on Thursday January 7th at 12:00pm, the expectation is no change in the rate of 0.75%. Naturally: analysts, traders and the general press, will focus on Governor Mark Carney’s accompanying press conference, for both forward guidance in relation to monetary policy and for clues regarding the central bank’s contingency plans, concerning the impending Brexit, scheduled for March 29th.

The Aussie dollar fell marginally during the Sydney and Asian trading sessions, as a severe and unexpected fall in building approvals caused concern that the Australian economy may have peaked, after experiencing a recent, multi year, economic boom. December approvals fell by -8.4%, missing the forecast of a 2% increase, whilst year on year the fall was -22.1%. The expectation; that the industry would bounce back from the -9% fall registered for November, has been crushed.

Job advertisements for the Australian economy also missed the forecasts, falling into negative territory of -1.1% in January, a figure which could be a further indication that the Australian economy is searching for direction, after only printing 0.3% GDP growth in the third quarter of 2018. The fall in value of AUD versus its peers, may have been limited in early trading on Monday, due to Chinese markets being closed this week, for the lunar calendar holiday. AUD/USD traded down 0.29% at 9:00am U.K. time, whilst the currency traded down circa 0.20% versus GBP and EUR. AUD/NZD traded down 0.23%.

On Tuesday morning at 3:30am U.K. time, the reserve bank of Australia, the RBA, will reveal its decision on the cash rate (key interest rate for the Australian economy). The forecast is for the rate to remain unchanged at 1.5%. As is customary; traders and analysts will focus on any statement accompanying the decision, for signs of forward guidance, in relation to any possible monetary policy change. The Governor of the central bank, Mr. Lowe, is due to deliver a speech in Sydney on Wednesday morning, during the early trading session. Traders who specialise in the Aussie dollar, would be advised to monitor the value and their positions in AUD over the coming days, as the currency will be under close scrutiny.

It’s currently earnings season in the USA and several high profile firms: Alphabet (Google), Walt Disney, General Motors and Twitter, will release their revenue figures during the week. Amazon disappointed the market last week; their revenue data matched the various forecasts, whilst the company’s forecasts for growth in 2019, fell short of expectations. Amazon’s stock fell by circa 5.5% after the data was published, indicating how sensitive the tech market is to any signs of weakness, in terms of projected sales revenue. At 9:15am U.K. time, the futures markets for USA indices were indicating a flat open, with the SPX trading down 0.04%. USD/JPY traded up 0.37% at 9:30am, the greenback has recovered the majority of any losses incurred versus its major peers, as a consequence of the FOMC’s more dovish announcement, which accompanied the decision; to keep the key USA interest rate at 2.5%, revealed last week.

« Corporate earnings could dictate the performance of USA indices over the coming week, whilst sterling and the U.S. dollar will remain under focus and pressure The Australian central bank is forecast to maintain the current interest rate at 1.5%. »