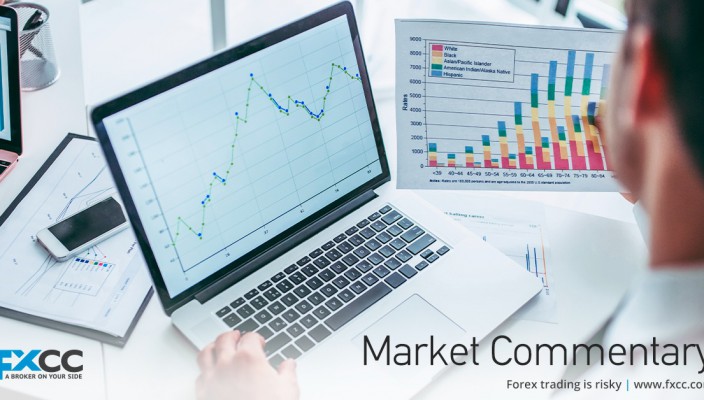 Corporate earnings could dictate the performance of USA indices over the coming week, whilst sterling and the U.S. dollar will remain under focus and pressure

Feb 4 • Forex Trading Articles • 1299 Views • Comments Off on Corporate earnings could dictate the performance of USA indices over the coming week, whilst sterling and the U.S. dollar will remain under focus and pressure

Despite the latest NFP numbers beating the Reuters forecast of 165K (by some distance) on Friday Feb 1st, the U.S. dollar failed to rise significantly, when the figure of 304K jobs created in January was published. Beating the forecast has to be kept in context; regarding the previous December count being revised down substantially, whilst the various economists polled may have over estimated the impact the USA govt shutdown had, during a four-five week preceding period.

Analysts instead quickly focused on the hourly earnings for U.S. employees, rising by only 0.1% in January, missing the forecast of 0.3%. This fall, from 0.3% in December, lends support to the Fed’s more dovish policy, regarding recent USA economic performance being patchy. Consequently, FX traders may have calculated that with wage inflation faltering, the Fed/FOMC will be in no rush to raise the key interest rates anytime soon. EUR/USD traded close to flat at the end of the trading week, with very little reaction when the NFP and other jobs’ data was released. EUR/USD traded up 1% during January, down 8% yearly. As FX markets opened on Sunday evening, EUR/USD traded at 1.145.

During this trading week, several major corporations will publish their latest revenue and earnings figures; Alphabet (Google), Walt Disney, General Motors and Twitter will all file their latest figures. And based on recent filings so far in 2019, any beats or misses of economists’ expectations, could cause rapid shifts in sentiment in the major USA indices, particularly the NASDAQ index, in which Google and Twitter are listed.

Analysts will be searching for further evidence, that the Trump corporate tax cut, which improved what’s termed “the earnings season” in 2018, wasn’t a one off blip and has continued to extend its impact during this current season. The major indices printed significant rises during January, clawing back most of the losses incurred during the sharp December 2018 sell off; the NASDAQ rose by 12.38%, the SPX rose by 7.83% and the DJIA by 7.36% in January.

There are no high impact news releases scheduled for release during Monday’s trading sessions, relating to the USA economy. However, the latest monthly (December) manufacturing orders for USA firms and durable goods orders, will be carefully monitored when published at 15:00 pm U.K. time, for any signs of structural weakness in the USA economy, as a consequence of the trade war and tariffs versus China.

The ongoing subject of Brexit is likely to remain high on the news agenda during the week. Having secured an amendment last week the U.K. prime minster has felt empowered to approach the European Union to remove what’s termed “the backstop”; a mechanism which safeguards Ireland, whilst protecting the international treaty named the Good Friday Agreement. Mrs. May is now compelled to visit Brussels, in an attempt to renegotiate the withdrawal offer, which the E.U. has already stated will not be reopened, or altered.

FX traders who specialise in trading sterling pairs, need to remain vigilant to the developing Brexit situation, as the U.K. prime minister is committed to present al alternative to the withdrawal deal, previously rejected by a record amount in the House of Commons, by February 13th. Despite GBP/USD rising considerably during the month of January – up 3.78% in the month – the major currency pair referred to as “cable” fell by 0.89% during the past week, after the amendment voted through by parliament, made a no deal Brexit more likely, in the opinion of the FX analyst community.

The main high impact calendar event later this week relating to the value of sterling, involves the Bank Of England announcing its decision regarding the U.K. base rate on Thursday at 12:00 pm U.K. time. Currently at 0.75%, there is little expectation that Mark Carney the BoE Governor, will announce any change. Analysts and traders will listen intently, for any clues from a subsequent press conference, to establish if the BoE monetary policy committee delivers any forward guidance. GBP/USD opened down marginally, trading at 1.307, on Sunday evening.

Gold investors have witnessed XAU/USD maintain its position above the critical handle of $1,300 per ounce, once the level was breached during last week’s trading. The precious metal is now trading at levels not seen since May 2018. The rise is partly related to seasonal factors, such as festivals etc. in Asia. However, the current delicate stage of the international, economic, diplomatic dialogue, between China and the USA, added to confidence slipping regarding the Chinese and European economies, as Brexit fears still represent a challenge, has caused gold (and other previous metals), to enjoy a safe haven rally in 2019.

« The simple trick you can play on yourself, to immediately become a highly disciplined FX trader U.K. FTSE 100 reaches 7,000 in morning trading, Aussie dollar slips as building data disappoints the markets »