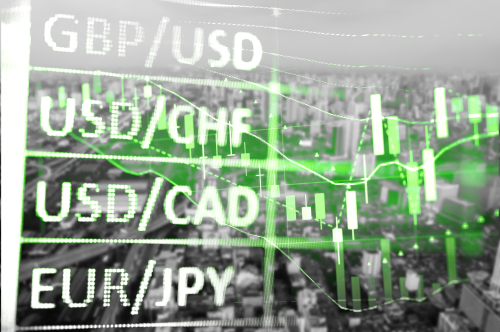 Thursday February 21st is a busy day for calendar events, which FX traders should carefully monitor

After a relatively quiet period for medium to high impact calendar events over recent days, Thursday 21st of February will witness many significant publications being released. Releases that could move the markets in the currencies the data relates to. Particularly if the figures miss, or beat the news agencies’ published forecasts.

The series of releases begins on Thursday, with the latest raft of PMI publications from IHS Markit. The data for: France, Germany and the wider Eurozone will be broadcast at 8:30am U.K. time. Markit’s PMIs will cover; manufacturing, services and the composite readings for both countries and the single currency trading bloc. According to the Reuters forecasts, there are no shocks predicted.

FX traders and analysts will focus primarily on the German and wider E.Z. data, in an attempt to deduce the direction of the overall E.Z. economy. Markit considers any readings above 50 as expansion in a sector and below this level as contraction. The PMIs will precede the report from the ECB, as it reveals its accounts of the Governing Council’s January meeting.

The U.K. authorities will publish the latest data regarding Britain’s public sector net borrowing at 9:30am. Although ranking as medium impact, the PSNB (excluding banks) is forecast to come in at -£10b for January, from £3b in December. Therefore, if the Reuters forecast is met, currency pairs such as GBP/USD, could experience increased trading. FX analysts and traders might draw conclusions, with regards to the overall health of the U.K. economy, as the Brexit date of March 29th approaches.

In the afternoon’s trading session, a raft of data concerning the USA economy is published. Several PMIs will be broadcast, the: manufacturing, services and the composite readings are forecast to show a modest rise, when the data is published. The initial and continuing unemployment claims for the USA will be published, the forecast is for a moderate improvement in the data; weekly claims falling to 230k and continuous claims falling to 1.740m.

The latest durable goods order data for the USA will be published at 13:30pm, the Reuters forecast is for a rise to 1.8% in December, from 0.7% previously. This metric and the other accompanying goods order data which will be published simultaneously, is often looked upon for evidence that the USA economy has confidence in future levels of trade. Durable goods are generally considered to be an indication that USA consumers have such confidence in their near term future and have enough disposable income, that they’re to purchase durable goods, such as: TVs, white goods etc.

FX traders need to remain vigilant throughout the day as the various economic calendar events and the data are published. The E.Z. PMIs, the latest U.K. PSNB figure, the USA unemployment figures and durable goods metrics, have the power to move the markets in the: euro, sterling and the U.S. dollar respectively.