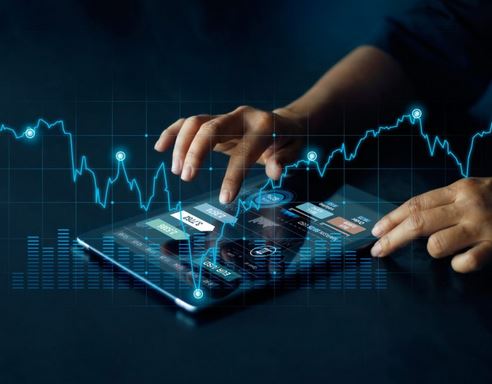 There have been many changes to daily life since the global pandemic began. In the 21st century, bosses have realized that their staff doesn’t have to work in the office to do the job. Stress doesn’t go away when workers work from home.

COVID-19 has also been a factor in the forex market’s volatility. However, all is not lost. Among the ways the pandemic has changed forex trading are:

The pandemic affected local economies in general, depending on how nations responded. The currencies of nations that recorded a high number of COVID-19 cases likely suffered a weakness. Economies with a moderate spread experienced a more stable period.

Due to the virus’ unpredictable nature, most markets reacted. The pandemic was evident in its early stages. There was an echo of volatility in the forex market, which led to a challenging valuation environment.

In the first half of 2020, the sterling depreciated 15% against the dollar. In March 2020, after the first lockdown, it dropped to its lowest level in three decades. In 2021, the virus spread put pressure on the US dollar.

Early in the pandemic, forex rates in emerging markets were also impacted. Because of the perceived safety of the US dollar, emerging market currencies hit record lows. During the first quarter of 2020, the South African rand declined by 32% against the dollar, according to a report by CNBC. A 24% drop in the Mexican peso took place as well.

There is a possibility that policymakers in emerging markets will allow their currencies to depreciate. They do so in hopes of absorbing shocks in the local economy.

For example, a major floating currency like the rand or peso may benefit. In an analyst’s words, the move is similar to putting “escape vaults” in place as a buffer against growth devaluations.

Market analysts predict that such moves will undervalue emerging market currencies. Accordingly, exchange rates are lower than they should be, based on other factors. These factors can indicate the currency’s purchasing power and strong demand-supply.

Besides market changes, the pandemic triggered other changes as well. A Greenwich Associates study finds that trading style has morphed over time. In the survey, forex investors from around the world took part.

During the pandemic, single-dealer platforms saw volume increases, and voice trading also increased. In the forex market, investors saw relationships with dealers as increasingly important. Perceptions of liquidity declined, especially as a result, according to the survey.

The forex market has shifted towards smaller volumes and a preference for breaking up larger trades into smaller ones. Additionally, they delayed executing their trades. According to the Greenwich report, behavioral shifts were expected to remain after the pandemic.

There is a wide range of tools provided by most platforms. Many offer a free technical analysis of six major currency pairs, such as GBPUSD, USDJPY, AUDUSD, and USDJPY.

Volatility in the market may persist for some time to come. This may occur as central banks seek normalcy after two years of massive economic stimulus. As the dust settles, markets are uncertain about their future. New market norms require businesses to adapt. They must do this without any further government assistance.

There are many unknowns following the pandemic, creating an unsettling environment. The outcome of the situation will require some guesswork. Market volatility is likely to result from this uncertainty. Be careful to avoid getting spooked by the unknowns by practicing your trading skills. Doing this can increase your resilience and prepare for unstable market conditions.

« Some Key Insights of Forex Market Comparisons What are Fibonacci Extensions? »