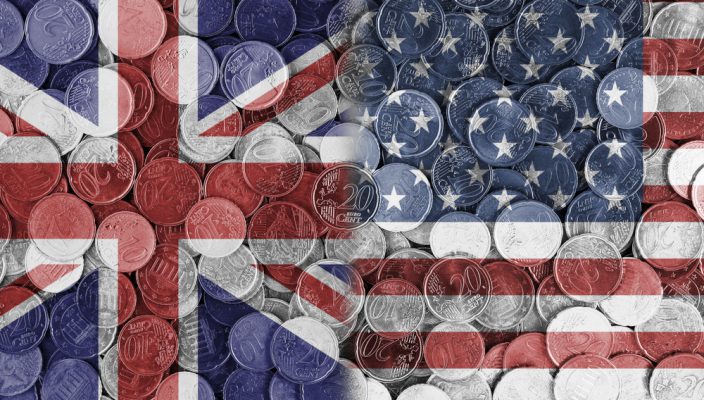 The USA and U.K. will be the focus for high impact calendar events this week.

Jul 8 • Forex Trading Articles, Morning Roll Call • 1091 Views • Comments Off on The USA and U.K. will be the focus for high impact calendar events this week.

The U.S. equity markets suffered a minor and temporary blip on Friday July 5th after the surprise NFP job creation number for June beat forecasts by some distance, the report suggested that the USA is currently experiencing a boom in employment prospects. Counter intuitively U.S. equity markets sold off sharply as the encouraging NFP data was released, due to traders and analysts increasing their bets on the prospect of an interest rise in July or August, from the current key interest rate of 2.5%. USD rose considerably versus several of its peers during the New York session, USD/JPY closed Friday out up 0.65% with U.S. dollar gains registered across the board versus its peers. U.S. equity indices recovered the majority of the lost ground to close the day out down marginally. After falling by circa 250 points at one point, the DJIA closed down 0.16% losing circa 43 points on the day.

The subject of potential interest rate rises will occupy analysts’ thoughts when the FOMC publishes the minutes from its June meeting at 7:00pm on Wednesday July 10th. Therefore, traders who favour trading high impact calendar news events or the USD should ensure they’re in a position to monitor the release of the minutes. Investors will also react to Fed Chair Jerome Powell’s semiannual monetary policy report as he testifies in front of the House Financial Services Committee at 15:00pm U.K. time.

Sterling has endured a sell off versus several peers over recent weeks as the Tory party and prime minister leadership battle in the U.K. enters its final voting stage, with both protagonists committing to a hard Brexit on October 31st if necessary. Despite many market commentators suggesting that the U.K. economy has weathered the storm of the impending Brexit since 2016, evidence is now mounting that the economy is suffering. Several analysts are predicting GDP growth to slump to 0.1% for the most recent quarter when the data is released on Wednesday at 9:30am.

However, the three month figure could come in negative if the optimistic prediction for 0.3% growth for the month of May fails to meet the forecast. Sterling traders would be advised to diarise the GDP releases and the various component sector figures such as: industrial, manufacturing and construction production growth figures for May. The Reuters and Bloomberg forecasts appear to be highly optimistic for the sectors, in view of the recent IHS Markit PMIs which revealed that certain U.K. sectors are flirting with recession. The various balance of payments deficits relating to the U.K. are also likely to show deterioration for May when the data is published.

Wednesday is arguably the busiest day of the week for high impact calendar events, Canada’s latest interest rate decision is published by the Bank Of Canada, the widely held forecast is for a hold at the current rate of 1.75%. Naturally, the value of the Canadian dollar will come under close scrutiny as the decision is revealed at 15:00pm U.K. time. Traders and analysts will quickly focus on any narrative accompanying the decision, which may deliver forward guidance in respect of a monetary policy change.

Other notable data releases and events during the week include: Germany’s industrial output and foreign trade data, which will be carefully analysed based on the extremely poor manufacturing figures the Eurozone’s manufacturing powerhouse printed during the previous week. China’s inflation and trade balance will come under the spotlight in light of the continuous trade tensions, whilst Japan’s machinery orders could impact on the value of yen. Australia’s consumer and business morale will also be under the microscope this week, figures which could affect the value of the Australian dollar, a currency which has come under pressure over recent weeks due to it being a commodity currency whose value is closely aligned with the price of oil.