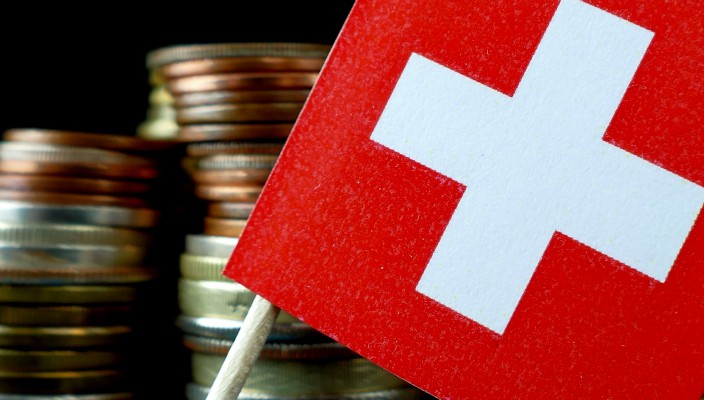 Over recent days the SNB revealed the profits it made for 2016, yes that’s right you read it correctly; a central bank that makes profits. They don’t quite conduct themselves in the manner of most central banks, such as the Fed, ECB and the BoE. Not only does the bank invest/speculate on currency movements, it also acts in similar ways to a private investment/hedge fund; they’ve invested in equities, such as; Apple, Google and Facebook. Their performance figures are exceptional.

•    The Swiss National Bank made a profit of 19 billion francs on foreign currency investments, which rose to circa 645 billion francs in 2017, equivalent to the whole of the Swiss economy.

•    The bank made a profit of 3.9 billion francs on the valuation of its gold holdings.

•    The profit figure compares favorably with the 23.3 billion franc loss recorded by the SNB 2015, when the value of its foreign currency investments fell sharply, after removing itself from the loose euro peg.

The SNB is not required to make a profit, the SNB’s profits are not part of its monetary policy mandate, like all central banks its primary purpose is to help ensure overall economic stability in Switzerland. However, a proportion of any profits is distributed to the Swiss government and the country’s 26 cantons (districts). For 2016 the SNB said it expects to raise its normal payment of 1 billion francs to 1.5 billion francs, in addition to its dividend payment of 15 Swiss francs per share to investors.

It’s a fascinating hypothesis to consider; should all central banks act in a similar manner to investment banks, if they did could it leave them open to possible economic and banking catastrophes? Given that many trading activities are zero sum (I win, you lose), an argument could be put forward that the SNB is simply taking potential profit from others and taking on risk that could affect the country’s and its citizens’ welfare.

The counter argument is that central banks could and perhaps should, be employing some of the sharpest minds available, who are going to work for the bank for the common good. Imagine for a moment that you’re an extremely talented trader with an excellent track record, you’re appointed by your central bank with the sole job description to make money for your central bank and your country, who can then distribute the proceeds of the profit you make to various causes and districts. The profits you take out of the market could also be used to create and complete huge infrastructure projects in your country. Whilst such a concept flies in the face of standard neo-liberal privatization dogma, isn’t that what the SNB are currently engaged in? It’s an idealist proposition, but a fascinating opportunity that many central banks could engage in.

The Fed is currently faced with a circa $4.5 trillion balance sheet that it has to divest from, a balance sheet that’s become enlarged due to the legacy of various asset purchase schemes and bailouts from 2007 onwards, as the banking crises and credit crunch gripped financial markets. The Fed has stated that it’s beginning a process to divest of these assets and it should be a simple process; slowly but surely they sell the assets, what could be simpler? However, the various assets they bought from banks in order to allow banks be recapitalized and continue to function, won’t be of the highest quality; the banks will have used the Fed’s largesse and tax payer generosity to take advantage, game the system and dump their toxic junk on the Fed first, who have in turn paid mark to model and not mark to market valuations. There’s a time bomb just sitting there, waiting to explode.

Now let’s consider a possible alternative; the central bank didn’t take the junk and perhaps didn’t always act as the lender of last resort and (in some ways) competed in similar markets to investment banks, could that have a healthy effect on investment and retail banks’ discipline, probity and strategies, would they be less reckless and less sure of their “too big to fail” arrogance and position?