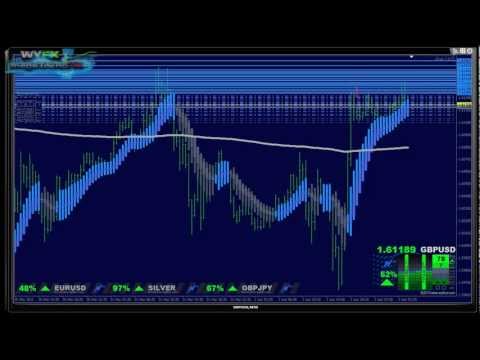 The History, Function, and Components of MetaTrader

Sep 24 • Forex Software and System, Forex Trading Articles • 2882 Views • Comments Off on The History, Function, and Components of MetaTrader

This electronic trading platform is used by many traders in online foreign exchange market trading. MetaTrader was released in the year 2002. It is software of choice by brokers in foreign exchange and it is being offered to their clients. There are two components that make up the software: the server component and the broker component.

The server component of MetaTrader is being operated by the broker. The software for the client is given to the customers of the brokers. With a steady connection to the World Wide Web, they can stream prices and charts live. This way, traders can effectively manage their respective accounts and make the best decision out of the data that they are receiving in real time.

The client component is actually an application that runs under the Microsoft Windows Operating System. This component of the MetaTrader has become truly popular because it enables all end users (traders) to document their own scripts for trading and because of the robots that can do the trading automatically. As of 2012, there are already five versions of this trading software. This is the trading software that is used by many traders worldwide.

The first version of MetaTrader was released in the year 2002. It first enhanced version is most probably is MT4 and this was released in 2005. This was widely used in the trading scene until 2010 when MT5 was released for public testing in Beta mode. MT4 from 2007 to 2010 was only modified slightly. This has formally become the software of choice by many traders across the globe.

MT was intended to be a software that can stand alone in the aspect of trading. Only, the broker has to manage the position manually and the configuration can be set in sync with those used by other brokers. The integration and interaction between and among financial systems for trading was made possible by software bridges. This gave way to more freedom for third party software developers to give way to the automated positions hedging.

If you are going to look into the MT terminal for clients and traders, you will see that there are components that should be studied well by those who are using demo or practice trading accounts and actual foreign exchange trading accounts. With the client component, you can actually make real-time technical analysis of charts, operations, and data as provided by your broker. The components can effectively run on Windown 98/ME/2000/XP/Vista/7/8. According to some reports, it can run under Linux and WINE.

The possibilities are endless with MetaTrader. Developers still intend to make it better for traders and brokers alike. Streamlining and improvements can still be expected in the future with more advanced versions coming up.