The Dollar reaches a 14 year high versus the euro, whilst a European market technically enters a bull market.

Jan 4 • Morning Roll Call • 1987 Views • Comments Off on The Dollar reaches a 14 year high versus the euro, whilst a European market technically enters a bull market. 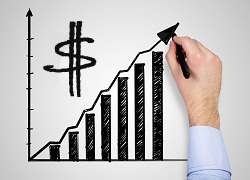 Certain European equity markets enjoyed a bounce during Tuesday’s trading sessions, primarily as a consequence of data emanating from Germany. Inflation beat expectations in Germany, beginning to threaten the 2% gauge the ECB considers as the target indicating that robust growth in the Eurozone is back on track. Moreover, should this inflation rate become the norm throughout the euro region, then the ECB may consider tapering its stimulus/asset purchase programme much earlier than anticipated, if it believes the economy (throughout Europe) can withstand the reduction.

The euro area’s largest economy printed an inflation figure of 1.7% from 0.7% previously, representing the biggest monthly increase on record and the highest inflation rate since July 2013, well ahead of the 1.4% to 1.6% predicted by the economists polled. However, with a 1% increase in a single month, the rise could be considered as ‘bad inflation’, given that 0.3% of the rise is mainly due to a spike in the price of oil on the markets. Heating oil for Germany’s residents increased in price by an alarming 20% in December. Petrol prices increased by 5% and food prices by 3%, whilst German wages have remained (relatively) static. Germany’s unemployment remained at 6%, whilst the jobless total fell by 17,000, more than three times the 5,000 forecast in a Reuters poll.

In France, consumer prices increased by 0.8% year on year, the largest increase since May 2014. Spanish inflation accelerated to 1.4%, the highest rate since mid 2013.

The Dollar surged, reaching a fourteen year high versus the euro, as manufacturing data published on Tuesday indicated that growth was at a two year high. The ISM report (Institute for Supply Management) stated its index increased to 54.7, the fourth straight advance and the biggest pickup in orders growth since August 2009.

Europe’s STOXX Index rose by 0.7%, peaking at a 20% advance from the February 2016 low, technically meeting the definition of a “bull market”. Germany’s DAX slipped back, despite encouraging unemployment data, to end the day down 0.12%. France’s CAC closed up 0.35%, the UK’s FTSE 100 closed up 0.49% to close at another record high, with Italy’s MIB finishing up 0.02%.

Sterling fell on Tuesday versus the majority of its peers, registering falls versus the Aussie, Swissie, and US dollar. Whilst maintaining its position versus the euro. Similarly the euro fell versus the majority of its peers, the seemingly good economic news regarding inflation increases across Europe, failing to encourage investment in the bloc’s single currency. GBP/USD briefly crashed through the 1.2200 handle at one stage to then recover, ending the day close to 1.2232.

09:30, currency effected GBP. Markit/CIPS UK Construction PMI. The expectation is for a reading of 52.6, down marginally versus the 52.8 previously. Market analysts and investors will monitor this reading carefully for signs that Brexit has negatively impacted on construction work in the UK.

10:00, currency effected EUR. Euro-Zone Consumer Price Index Estimate (YoY). The overall inflation rate for the Eurozone area is released on Wednesday. Predictions suggest a rise to 1.0% from the previous reading of 0.6%

19:00, currency effected USD. FOMC Meeting Minutes. The minutes from the December 14th meeting, when the Fed raised rates by 0.25%, will be released on Wednesday. Analysts and investors will quickly ascertain how unified the FOMC members were, in their commitment to raise the base rate and how resolute they are in their agreement to raise rises by up to three times in 2017.

« European equity markets power ahead on Monday, due to healthy manufacturing PMI numbers. Fed minutes indicate a cautious approach towards 2017 base rate rises, as concerns regarding a fiscal stimulus neutralise forward guidance. »