The COT Report Reveals That Traders Are Bullish The Euro 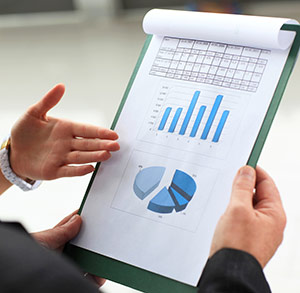 Despite it providing lagging information the COT report, commitment of traders, always provides a fascinating insight into where institutional money views currencies' positions. The Commodity Futures Trading Commission, or CFTC, publishes the Commitment of Traders report (COT) every Friday, around 2:30 pm EST.

The COT report measures the net long and short positions taken by speculative traders and commercial traders, it is therefore a fascinating resource for observing how heavily these market players are positioned in the market. The data is freely available for all traders, however, interpreting the data and 'drilling down' to find the specifics relating to the dollar's position can prove tricky.

Futures traders slashed their bearish bets on the euro versus the dollar at a record pace  over the past two weeks. The difference in the number of wagers on a fall in the euro  versus those on an rise narrowed by 77,111 between May 28th and June 11th, according to figures from the Washington-based Commodity Futures Trading Commission. That’s the biggest two-week advance in bullish euro sentiment on record.

The JPMorgan Global FX Volatility Index, which indicates how volatile the FX market is at a snapshot, rose to a one-year high of 11.43 percent on June 13th. This gauge has climbed from 7.05 percent in December, the lowest since July 2007, and was at 10.49 percent today.

The euro has strengthened 3.6 percent this year, the best performer among 10 developed-market currencies tracked by Bloomberg's Correlation-Weighted Indexes. The dollar has risen 2.5 percent, while the the yen has lost 7.3 percent. The Dollar Index, used to monitor the greenback versus the currencies of six U.S. trade partners, added 0.2 percent to 80.791.

The yen fell circa 0.3 percent versus all 16 of its major peers as Asian equities rose, damping any demand for safe haven assets. The euro climbed versus the yen before data was published on the Eurozone's trade balance as inflows to the region support this year’s best-performing developed-market currency.

Australia’s dollar has risen versus all but one of its 16 major peers, extending its first weekly gain versus the greenback in six, amid speculation record bets on the currency’s decline may in fact be overdone and the Aussie oversold. The Australian dollar rose 0.4 percent to 96.08 U.S. cents.

As the Federal Reserve Bank in the USA starts its two day policy meeting on Tuesday investors and speculators are already beginning to position themselves regarding the possible outcomes. The market is looking for some clues from the narrative, or indeed some specific pronouncements, as to whether or not the Fed will begin to curb or 'taper' the monetary stimulus programmes it currently has in operation.

Ben Bernanke, the Fed chairman, stated on May 22nd that the central bank could reduce its monthly purchases of $45 billion of Treasuries and $40 billion of mortgage-backed securities, its quantitative easing programme, if the employment outlook shows sustained improvement. His previous intended target was 6.5% unemployment. However, lately this target has been missing from his narrative, given it would require the creation of circa 2.5 million extra jobs in the USA economy, or taking the economy back to peak 2007 levels of employment.

The trade in goods balance for the Eurozone has been published in the morning session and on first inspection the data looks favourable for the currency and the zone. The estimate for the euro area (EA17) trade in goods balance with the rest of the world in April 2013 gave a 14.9 billion euro surplus, compared with +3.3 bn in April 2012. The March 2013 balance was +22.5 bn, compared with +6.9 bn in March 2012.

In the USA this afternoon the Empire State Manufacturing survey is published. Estimates are for a 0.4% rise versus a 1.4% fall last month. This survey is a diffusion index based on surveyed manufacturers in New York State.

Many investors will turn their concentration towards the chairman of the Bundesbank as he gives a speech in the afternoon. Although not rating as high impact his commentary, with regards to the euro and the wider Eurozone, could give an indication as to future German policy. If he and therefore the bank appear more hawkish in relation to the euro it could strengthen.

Two events listed as high impact are the G8 summit and the minutes from the Reserve Bank Of Australian. The summit is likely to produce narrative with regards political tensions in the Middle East rather than unified economic policy. However, the RBA publication could indicate how close (or not) the Bank were to cutting Australia's base interest rate in their last meeting. At 2.75% the rate is out of step and the highest of any developed economy, therefore the RBA has scope to reduce rates to stimulate overseas demand should it have evidence that the Aus. economy is weakening, or that demand for its goods overseas is waning due to prices.

« FXCC Forex Trading Is This a Doji I See Before Me? »