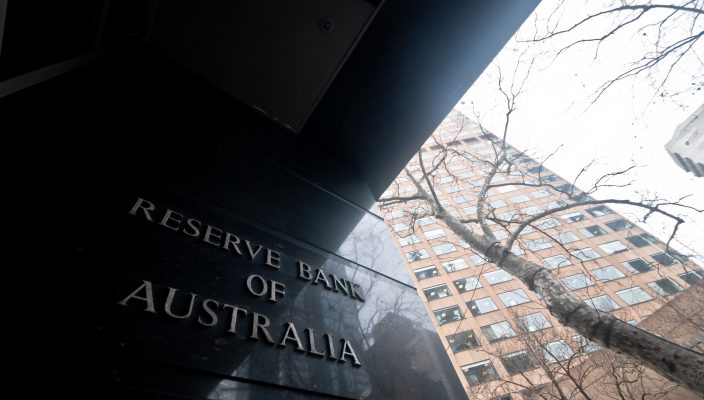 The Aussie dollar falls as RBA Governor commits to low interest rates for an extended period, focus now turns to the ECB this afternoon

Central bank’s’ decision making will continue to make headlines during Thursday’s trading sessions. Focus was on Australia’s central bank in the early hours and during the afternoon session market attention will shift to the Eurozone’s central bank, the ECB.

Mr. Philip Lowe the Governor of the RBA, Australia’s central bank, announced in a speech in Sydney during the Sydney-Asian trading sessions that the bank was prepared to keep the key lending rate at 1.00% for an extended period. The Reserve Bank of Australia lowered its cash rate by 25 bps to a new record low of 1.0% at its July meeting, representing the first back-to-back cut since 2012. As a justification for the rate cut on July 2nd the RBA stated that they need to support employment growth and to provide greater confidence that inflation will be consistent with their medium-term target.

The Committee at the RBA said they will continue to monitor developments in the labour market and adjust monetary policy when and if necessary. The Aussie dollar sold off as Mr. Lowe delivered his speech. At 8:28am U.K. time AUD/USD traded down -0.13% as price breached the first level of support, S1, while AUD/JPY traded down -0.23% and AUD/CAD down -0.20% as the Aussie slipped against the majority of its peers.

The ECB announce their interest rate decision at 12:45pm U.K. time, the current lending rate is 0.00% with the deposit rate at -0.40%. The widely held consensus is for no change. However, it’s during Mario Draghi’s statement delivered in a press conference at 13:30pm when the value of euro will come under increased scrutiny and speculation. The ECB President is expected to announce a further extension or adjustment to the TLTRO programme the ECB announced during March 2019. The targeted longer-term refinancing operations (TLTROs) are Eurosystem operations that provide financing to credit institutions for periods of up to four years. They offer long-term funding at attractive rates in order to stimulate growth.

So far the programme has failed to boost the single trading bloc economy, therefore, logic in central bank group-think dictates that the process should continue until growth and or inflation rises to the bank’s targets. At 8:52am U.K. time EUR/USD traded down -0.11% at 1.112 as price slipped to the first level of support, S1, the major pair is down -2.08% monthly. EUR/GBP traded down -0.09% and EUR/JPY traded down -0.24% as yen strength appeared across the board during the early sessions.

Confidence in the euro-area and the value of EUR was impacted by the latest IFO metrics for Germany released on Thursday morning. The IFO business climate index came in at 95.7, the business expectations came in at 92.2 as both readings missed the forecasts by some distance. The DAX traded up 0.18% at 9:00am U.K. time while the CAC traded up 0.58% and the U.K. FTSE up 0.12%. GPB/USD traded down -0.03% as the relief rally for sterling, which occurred due to the installation of the new U.K. prime minister on Wednesday, has begun to fade.

Economic calendar events for the USA mainly concern retail data and the weekly unemployment data. This afternoon the latest durable goods orders for June will be published which Reuters forecast will show an improvement to 0.7% growth from the -1.3% contraction in May. The advanced trade goods deficit for June is forecast to show a modest improvement to -$72.2b. The weekly and continuous unemployment claims are expected to reveal little change week on week. The DXY, dollar index, traded close to flat at 97.76 as USD/JPY traded down -0.08% and USD/CHF up 0.18%. The futures markets were indicating a flat open for several of the USA equity markets when New York opens.

« U.S. equity market investors ignore the USA manufacturing PMI which indicates potential recession, to print new record highs. If the forecast for USA GDP is met then the FOMC could react next week by slashing the key interest rate to 2.00% »