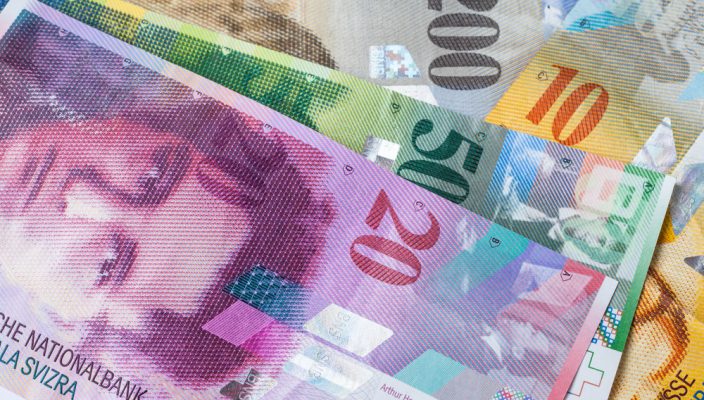 The two currencies considered to be safe havens for investors and FX traders alike rose during the early trading sessions on Tuesday, as both the Swiss franc and Japanese yen registered gains versus the majority of their peers. The globe’s reserve currency, USD, also rose against its currency peers. At 8:45am U.K. time the dollar index, DXY, had risen above the 97.00 handle to trade at 97.06 up 0.13% on the day, reducing the weekly loss to -0.43%.

Prices for U.S. equity market indices indicated a flat open for New York, the SPX future traded up 0.04% and the NASDAQ up 0.08% as traders struggled for justification to push values higher, in order to print new record highs for the major U.S. indices. Early afternoon the data releases and calendar events published by various USA statistics agencies, could provide the ammunition to push stock prices higher if the retail sales, manufacturing and industrial production figures for the USA in June beat the forecasts. Analysts might also focus on the latest import and export prices for evidence that the tariff spat with China has impacted on trade and prices achieved. At 8:50am USD/JPY traded up 0.15% at 108.0 as price breached the first level of resistance, R1. USD/CHF traded down -0.02% at 0.984 oscillating close to the daily pivot point, PP. EUR/CHF traded down -0.10%, GBP/CHF down -0.37%.

Sterling slumped in the early sessions versus its peers as Brexit fears once again manifested in the FX markets. The two remaining contestants for the job of Tory party leader and prime minister talked up the chance of a no-deal Brexit during their final televised debate on Monday evening, both taking a hardline stance on the subject of the Irish border. According to Bloomberg news last week’s meeting between the U.K. and E.U. Brexit representatives was the worst since negotiations began in 2016, because the levels of U.K. intransigence took a turn for the worse.

The latest unemployment and wage data for the U.K. came in as forecast with wage rises at 3.1% annually, maintaining position above inflation. Employment figures missed the forecast coming in at a net 28K jobs created over the last three months. At 9:00am U.K. time GBP/USD traded down -0.35%, breaching the second level of support, S2, once again falling below the 1.2500 handle at 1.247, looking set to breach the multi year low printed as recently as July 9th and taking the yearly loss to -5.42%. GBP traded down -0.23% versus JPY, -0.36% versus CHF and down -0.71% versus AUD.

The Eurozone region has experienced a boost in the form of the balance of trade rising to €23b in the month of May beating the forecast of €16.3b. This positive news was tempered by the ZEW indices missing forecasts as sentiment for Germany worsened to -24.3, the Eurozone’s ZEW figure fell marginally coming in at -20.3 narrowly beating the -20.6 forecast. Italian CPI came in at -0.7% an indication that when measured in isolation, Italy’s economy is still mired in economic stagnation.

« U.S. equity markets struggle for a reason to break higher, USD makes gains but trades in narrow ranges versus its main peers A day of inflation reports could cause fluctuations in the value of GBP, EUR and CAD »