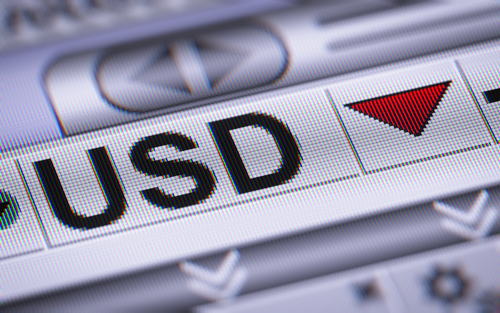 Sterling experienced modest losses during Tuesday morning’s London trading session, losses that that were accelerated, after the government’s attorney general confirmed the additional words, attached to the original withdrawal agreement, were ineffective and pointless. GPB/USD slumped by circa 200 pips, as FX traders and analysts quickly and correctly judged, that the revised motion had very little chance of being passed through the House of Commons in the evening. Shortly after the govt. motion failed, by a massive 149 votes, at 19:50pm on Tuesday, GBP/USD traded down -0.55%, at 1.306, just above the daily pivot point and marginally above the 200 DMA, sited close to 1.299.

The losses for sterling, versus its main peers, appeared to be capped on Tuesday evening, as the U.K. prime minister announced a free vote on Wednesday, for her Tory MPs, to decide on preventing a no deal exit. The cross currency EUR/GBP, which had printed twenty two month lows over recent days, clawed back some losses; at 0.868 price had risen by 1.67% on the day, breaching R1.

The U.K. FTSE closed up 0.29%, after the U.K. statistics agency the ONS published optimistic data concerning the U.K. economy. The January monthly figures for: manufacturing, services, industry and construction, beat the Reuters forecasts, whilst the monthly GDP figure for January came in at 0.5%, a remarkable turnaround from the -0.4% printed in December. Analysts quickly determined that the improvement was largely attributed to the increased stockpiling, many U.K. businesses have engaged in over recent months, in order to buttress themselves versus the potential damaging impact of Brexit.

USA market indices experienced mixed fortunes, at 20:10pm the DJIA had fallen by -0.30%, global airlines grounding the new Boeing 737 model, after a series of tragic accidents, hit the index hard, as Boeing traded down 6.3%. The SPX traded up 0.30% and the NASDAQ up 0.44%. CPI inflation for the USA came in at 1.5% YoY, missing the forecast of 1.60%, falling from 1.60%. Weekly earnings for USA workers came in at 1.6% YoY up to February, the inflation figures, both CPI and wage inflation, failed to rally the U.S. dollar, despite the obvious conclusion; that there is slack in the economy, for the FOMC/Fed to adjust their monetary policy.

Wednesday’s high impact events are scarce, during the London-European session. The latest Eurozone industrial production data is published at 10:00am U.K. time, both MoM and YoY, up to January. Reuters are forecasting an improvement for both metrics; monthly a rise of 1% and yearly an improvement to -2.10%, from the -4.20% registered in December. The euro could react favourably to the release, if such improvements are recorded.

The key high impact calendar release relevant to USA markets, concerns the latest durable goods data, which will be broadcast at 12:30pm, before New York opens for the afternoon session. The Reuters expectation is for a fall in January to -0.40%, from the 1.20% reading printed for December. This metric is closely watched, as it’s an indication of consumers’ and businesses’ overall appetite, to commit to more expensive, durable, goods.