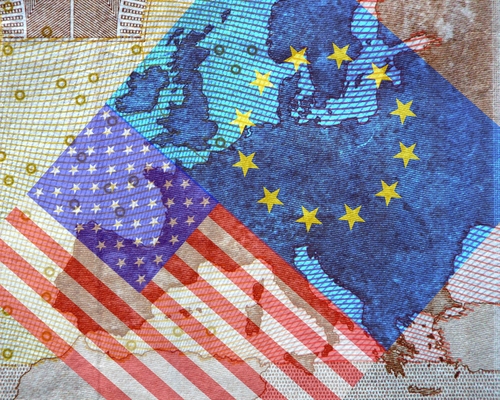 The U.K. pound continued the bullish direction it developed on Monday evening, as a consequence of the additional wording tagged onto the Brexit withdrawal agreement, which could give comfort to doubtful MPs, regarding the obstacle of the Irish backstop. The U.K. Parliament is due to vote on the revisions on Tuesday evening, at approximately 7:00pm. The chance of the vote passing through the House of Commons in its previous form was unlikely, but these revisions may convince wavering MPs to push it through. Political analysts expect the vote to be far tighter than the previous meaningful vote, held in January, which resulted in a record defeat for the Tory government.

FX traders need to remain as hyper vigilant during Tuesday’s trading sessions, as they were during Monday’s sessions, which witnessed GBP/USD rise by over 1.70% during the day. Having breached S1 and threatened to breach the 200 DMA sited at 1.299, during Monday’s London-European session, the currency pair referred to as cable, reversed direction to smash through R3. At 9:15am on Tuesday 12th the price action was less aggressive, as price oscillated in a narrow range with a bullish bias, above the daily pivot point.

At 1.321 up 0.50% on the day, price is still below the yearly high posted on February 27th, however, the 300 pip gain posted on Monday 11th, was the largest single day gain witnessed by cable for many months. Overnight volatility of sterling (on Tuesday) was the highest since June 2016 on the day of the U.K. referendum decision, at around 25 vols. One month vol was at the highest since mid January, rising by circa 2.5 vols, since the start of this month. Implied volatility is a gauge of the expected swings in a currency, measured over a certain period.

The optimism enveloping the U.K. economy, was further propelled forward by the latest data, published by the U.K. statistics authority, the ONS, on Tuesday. GDP growth monthly for January rose to 0.50%, whilst the three month change (up to January) came in at 0.20%. Services, manufacturing and industrial production figures for the month of January, all beat forecasts. Whilst the construction output for January beat the forecast by some distance; coming in at 2.80%, reversing the -2.80% print recorded for December. The U.K. FTSE traded down -0.32% at 9:45am, due to its negative correlation with GBP.

EUR/GBP printed a new 22 month low during Monday’s intense trading session, the cross currency pair recovered moderately during Tuesday’s morning trading sessions, as the euro also experienced a Brexit bounce. Since the beginning of March, the cross pair had whipsawed in a wide range, failing to find direction, price began a new bearish leg down after Monday’s breaking Brexit news. At 9:30am U.K. time, price traded up 0.34%, at 0.853. EUR/USD traded up 0.30% at 1.127. Despite euro bullishness, the euro gains were partly due to U.S. dollar weakness across the board; the dollar index, the DXY, traded down -0.25% at 96.98, whilst USD/CHF traded down -0.22%. Key Eurozone indices traded up moderately; at 9:45am CAC traded up 0.19% and DAX up 0.15%.

After experiencing a surge during Monday’s New York trading session, resulting in the NASDAQ rising by 2.02%, at 9:50am U.K. time on Tuesday 12th, the futures market were indicating a positive New York opening for the main indices; SPX up 0.22% and NASDAQ up 0.32%. FX traders need to maintain high levels of concentration prior to the New York session commencing, as the latest CPI data for the USA economy is published at 12:30pm. Reuters are forecasting the rate to remain at 1.60% YoY up to February, with February’s CPI rising to 0.20%. FX traders will also focus on the weekly wage earnings data, which is expected to remain at 1.90% growth YoY, up to February.