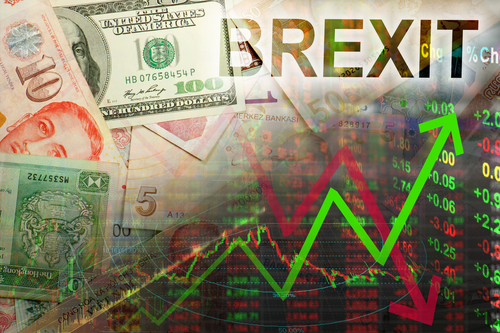 Sterling pairs trade in tight ranges as Brexit confusion reigns, Euro steadies as IFO soft data for Germany comes in ahead of forecast

The U.K. pound traded in tight ranges versus its peers during Monday’s trading sessions, as analysts and FX traders struggled to make sense of the latest Brexit developments in U.K. parliament. At 10:00pm on Monday evening, MPs voted on another arcane parliamentary process; what’s termed “indicative votes” to establish what type of withdrawal agreement exit might be acceptable and what consensus MPs (from all parties) can finally agree on. This process is being labelled as indulgent by some commentators, as the U.K. only has two full weeks before it’s final no deal (by default) exit, unless it reaches an agreement.

GBP/USD traded in a tight range during Monday’s sessions, oscillating around the daily pivot point, at 20:00pm U.K. time trading down -0.13%, at 1.319. EUR/GBP traded up 0.22% at 0.857, also moving in a narrow range, close to the daily P.P. After the vote was passed against the government, by 10:30pm sterling pairs had hardly moved. It would appear that analysts and FX traders are less interested in the machinations and more focused on the two potential exit dates; April 11th and or May 22nd.

Sterling pairs registered their largest falls on Monday versus both the NZD and AUD, owing more to Australasian currency strength across the board, as opposed to U.K. pound weakness. The U.K. FTSE 100 struggled to make gains in a trading environment which suffered a knock in sentiment, after global markets sold off in the Asian session, which continued into the London-European session. The FTSE 100 closed the day down -0.42%, now trading close on flat monthly, after making considerable early gains in the month of March.

The euro made recovery gains versus its main peers, after the latest German IFO readings for March, came in ahead of forecast at 10:00am, indicating that any lingering concerns; that the Eurozone’s engine of growth might be flirting with recession, could be overstated. Germany’s DAX index closed down -0.15%, recovering significantly from 10:00am onwards, as the IFO data was published. At 20:15pm EUR/USD traded close to flat at 1.131, USD strength returned to the market, causing the earlier euro session gains to be erased.

Elsewhere versus its peers, the euro traded in tight ranges, with the exception of its performance versus NZD and AUD, where the single bloc currency lost ground. Euro traders would be advised to monitor their positions carefully, when the latest French GDP growth figures are published at 7:45am U.K. time on Tuesday. Reuters are predicting that quarterly growth for Q4 at 2018 will come in at 0.30%, with yearly growth coming in at 0.90%, both readings would remain unchanged from the previous quarters’ readings.

There’s a slew of USA economic data released relating to housing on Tuesday afternoon between 12:30-13:00pm, which could move the markets for both USD and USA equity indices, if the readings miss or beat the forecasts, by any significant distance. Housing starts are predicted by Reuters to come in at -0.80% for February, with permits falling to -1.30%. Despite representing a significant fall, these figures have to be taken into context, in comparison to the significant rises registered in January. House prices, in the twenty largest cites in America, according to the Case Shiller index, are forecast by Reuters to have fallen to 4% annual growth for January.

At 14:00pm, the latest confidence reading for USA consumers will be realised by the Conference Board. This is part of the highly respected organisation’s raft of data published on Tuesday. The confidence reading is forecast by Reuters to come in at 132.0 for March, rising from 131.4 in February.