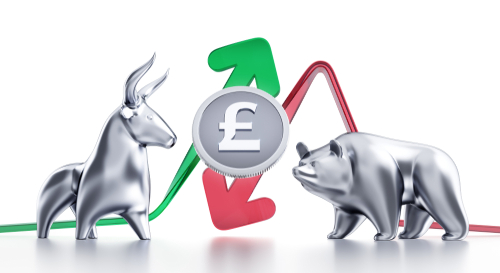 The current account deficit in the United States has widened to -$134.4 billion in Q4 2018, from an upwardly revised -$126 billion gap in Q3, coming in above the news agency forecasts of -$130 billion. Registering the highest current account gap metric in ten years, The trade deficit in the USA narrowed to -$51.1 billion in January, from an revised upwards -$59.9 billion in the previous month, which represented the largest trade deficit registered since 2008. USA equity indices whipsawed in a wide range, initially giving up the daily gains as the data was broadcast, whilst the lower treasury bond yields, as a consequence of global trade fears, also caused investors’ risk on sentiment to evaporate.

Sterling rallied during the latter part of the New York trading session, after trading in tight ranges versus its peers, during the majority of the day’s sessions. Two political events set the tone for sterling’s appreciation; U.K. Parliament was holding what’s termed “indicative votes” to attempt to find a solution all MPs can agree on, in order to solve the Brexit impasse. Whilst early evening U.K. time, the prime minister Mrs. May, agreed to resign from the Tory party after June, once the May 22nd deadline for the U.K. to ultimately exit the European Union, is reached.

GBP/USD rose to 1.323, breaching the first level of resistance, reclaiming the 1.320 handle. However, once the indicative votes were counted and no agreement was reached, sterling immediately sold off, as FX analysts and traders quickly calculated no deal exit had (once again) become the most likely option. GPB/USD fell by -0.35%, as EUR/GBP rose by 0.17% to 0.853.

On Thursday morning, at 10:00am U.K. time, a slew of data concerning the Eurozone’s confidence will be published, including: services, consumer, business, and overall confidence. Despite registering as low impact calendar events, when taken together the cumulative affect could be significant, if the readings miss, or beat the Reuters or Bloomberg forecasts. Germany’s CPI result will also be closely monitored when broadcast at 13:00pm U.K. time, given the overall nervousness surrounding the Eurozone’s performance data recently. This key inflation figure is predicted to come in at 1.5% YoY, with a slight rise monthly in March; to 0.6% from the 0.40% reading in February.

Thereafter, focus will turn to the USA releases listed on the economic calendar. The high impact event of the day concerns the latest GDP growth data for the USA, due to be published at 12:30pm U.K. time. The forecast is that the QoQ result for Q4 2018, will come in at 2.4%, falling from 2.6%. This QoQ result for 2018, could be regarded as the last, final reading for 2018. The current year on year GDP growth figure for the USA is 3.10%, both QoQ and YoY readings are equally respected and used as metrics to judge overall USA economic performance. Medium impact data for the USA on personal consumption and the core PCE for the USA, will also be published at the same time.

As is traditional on each Thursday, the weekly continuous unemployment claims and the weekly jobless claims, will also be published, there is no expectation for any significant rise in the numbers. Pending home sales numbers will also be published for the USA, after a fall of -3.20% YoY in January, a rise is forecast, despite the February monthly figure forecast to come in flat, at 0.00%.

« The latest GDP growth figure for the USA economy, could indicate a slowing, if the forecast is met Asian markets slide as global trade fears rise, sterling slips as the risk of no deal Brexit rises. Turkey sparks a new crisis »