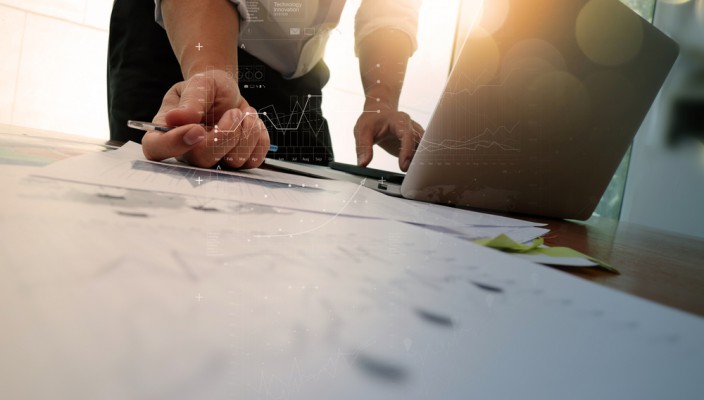 Steps to take when your win-loss ratio begins to reduce

After months of effort and much trial and error, you eventually develop and discover an edge, more importantly an edge that works for you. You don’t consider yourself to be a novice trader anymore. You’re also now mature enough to know that you haven’t discovered a fabled holy grail, as you’re wise enough to know that such a phenomena doesn’t exist.

Your plan and strategy is a hybrid of day trading and swing trading that fits in perfectly with your full time job and requires mainly end of day maintenance and management, to ensure it’s still proficient and profitable. The method and overall trading strategy has worked well now for approximately six months, you’re only trading the major pairs of: AUD/USD, GBP/USD, EUR/USD, USD/CHF and USD/JPY, with risk control at the forefront of your trading plan. You generally have a trade on one (or several of those pairs), in the market place at any given time.

You’ve developed a trading strategy that has a positive expectancy which, quietly and efficiently, allows you to calmly take money out of the forex markets, with the minimum of fuss. Your P.C. is not a money making machine, you still have to apply yourself and your strategy on a daily basis and continually monitor its performance. You have losing trades, you have losing days, but you’re now experienced enough to acknowledge that this distribution of winners and losers is simply the market behaving as it should, occasionally in a random manner, but more likely in complete synchronization with the prevailing sentiment of the day or longer, caused by the most dominant and recent economic calendar data.

However, suddenly something changes, your win loss ratio is beginning to reduce, the currency pairs you’ve traded are beginning to exhibit behavior you haven’t seen before and you’re account balance is now also reducing, in a manner you haven’t experienced before.

You’re careful enough to avoid panic. Instead, you begin a forensic examination of all your recent trades, you overlap and compare these trades with the previous successful trades you executed, with the same trading technique and overall strategy, that has served you well for some time. You examine recent fundamental news concerning the pairs you’ve traded, to ascertain if there’s been crucial correlated data that may have had a pronounced systemic effect on many of the currency pairs you trade. For example; have interest rates in the Eurozone, USA, Australia, Japan and the U.K. altered recently, to effect the trends you’ve gained from, over recent months?

You engage in a form of back testing, in order to establish if the currency pairs’ movement you’re currently witnessing, are abnormal and you quickly realize that no two patterns are the same, you suddenly recall the phrase; “history doesn’t repeat, but it does rhyme”. No matter how far back in time your brief backtesting is performed, on your charting package, and on whatever various time frames you analyze your backtesting on, you can find no common denominator that indicates that anything is at fault with your strategy, or that anything has significantly recently changed in the marketplace.

You then deduce that you’re simply living through a squall, a maelstrom of market activity that is temporarily not in tune with your strategy. Your decision is to remain steadfast and to stick with your trading plan and trading strategy, as having checked every aspect of your plan, you remain convinced that the market will come back to compliment your strategy. Having stuck with your plan, you then enjoy an initial huge swing in your favor on your next trades, months later you’re proved right, as everything appears to be back on track. Then the realization hits you, you’re rocked back on your heels; “imagine if you’d panicked at the outset and completely altered your strategy at the first signs of complications and failure?” If it isn’t broken don’t fix it, test it.

« WEEKLY MARKET SNAPSHOT 25/9-29/9|Japan delivers a torrent of economic data, as does the USA. Canada’s GDP comes into sharp focus, whilst N.Z. is expected to keep key interest rate at 1.75% U.S. equity markets take a breather after Wednesday’s FOMC announcement, as gold slumps through $1300 handle »